A few minutes of silent walk and Juliet neared the source of the sound. With each step she took, the louder the beating reverberated around.

And the vibrations can be felt in her feet with every thud that landed on the anvil.

When she got to the end of her path, she hesitated slightly. Her husband had been here for the last five hundred years already and he still wasn’t finished in whatever new craft he was doing.

He said it was going to be a masterpiece and Juliet hasn’t doubted her husband one bit.

He was one of the greatest wizard smith in the world and his works was known throughout the entire lands of Muren.

A few breaths by the daunting thick doors and Juliet finally made up her mind and opened the last barrier that hindered her passage.

The door was specially strengthened with a lot of runic symbols and warding spells but all of these precautions were here for intruders and thieves. One that Juliet was certainly not.

And so she entered the premises and breathed fire and smoke in her lungs. The entire place was blistering hot as everything inside it glowed with the fierce touches of eternal flames.

In the middle of the work haven was of course her husband. He was naked save a short piece of clothing that covered his most private parts.

It could be seen how intense the heat was inside as even Juliet was trying her hardest to defend against the onslaught of the violent fires.

“Celestial Shield.” she muttered time and time again to barely stand the effect of the chaotic fire elements that had gathered in the area.

Juliet stopped at the 20th cast and was comfortable that the spell would hold for a while longer.

“Jaden.” Juliet called her husband who was still giving his hundred percent focused on what he was doing and paid exceptional power on the big hammer in his hands.

Oceans of sweat had already dropped from his body since he began many years ago and the rest of the seas was still descending endlessly from his pores.

“BANG!” the last strike roared and immediately afterwards, silence rang on the scene.

“Who?” the man turned around to search for the speaker and when he did, his eyes widened in surprise.

“Juliet? Why are you here? What happened?” Jaden asked but still maintained his aloof distance. As he was, he would hurt his wife if he got anywhere near her.

“……….” Juliet answered not and thought of the best way to say her purpose in coming. Not like there was any better way to do it but she had to try.

“Is it about Ricky?” Jaden muttered in the ensuing silence. Juliet had no way to respond but say the word of confirmation.

“He died.” Jaden said not in query but more of a statement of a fact.

“Yes. Our son is dead, Jaden!” this was the last calm words of Juliet before she crumpled on the ground.

The last of her strength was taken away from her as she let go of the tough disguise that she had borne since she heard the news of her son’s death.

Juliet cried and her tears would drop but they would all evaporate in tiny embers before they could land on the rough heated floors.

“Hush, Juliet.” the woman heard the words first then she felt the warm embrace of her husband.

Jaden was now wearing some piece of soft clothing that insulated the heat from his body from coming unto the poor sobbing woman.

“Hohhh Ahhh Hahhh…” Juliet wept and poured her feelings out while Jaden gently held the love of his life. But in his eyes was the scorching sight of hate and retribution.

Someone was going to pay for this, Jaden vowed. 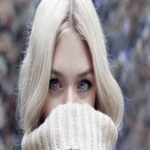