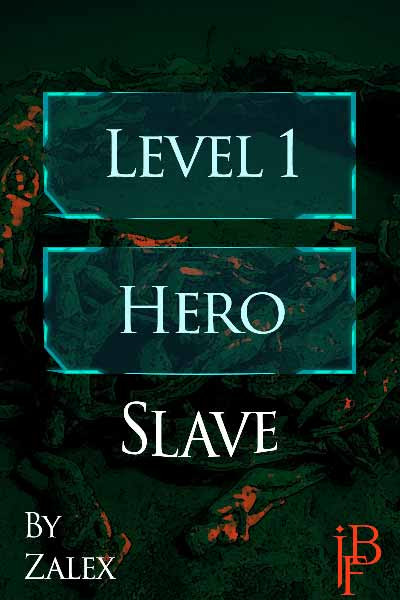 I walked into the home of my interviewee. Finding him asleep, I poke him.

“Uh…it’s time to announce your interview,” I said, calm as ever. “And what’s with the shameless advertising?”

“The interview?” he responded, ignoring my question. “Thought that was in the evening”

“Oh. This dragon is sorry for oversleeping.”

“Stop role-playing and give the readers the interview!” I snapped, slapping my forehead with my hand.

As always, our marketing team member, George Bakerson, does his weekly interviews. This time it’s with long-time author on CrN, Zalex.

Q: Having completed the first novel of the Level 1 Hero Slave series, Zalex has given me the opportunity to interview him. Welcome!

Q: First off, give the audience a brief introduction.

A: Hello, I go by the alias Zalex on CrN. It is a name I liked when I wrote a separate novel that I have not released yet.

Q: I have to congratulate you for doing what most can’t. How does it feel to finish the novel?

A: It is good, I have been writing for several years, but I have not released a novel that was widely viewed and liked as Lvl 1. I appreciate the fan service on it.

Q: I’m sure you do. What’s the story about anyway?

A: It is a story about someone who had their soul taken from a modern time and put into the body of someone in another world. Because the transmigrated soul had not gone through the proper processes of reincarnation, the lazy tendencies of the protagonist remain. It is because of these tendencies he rejects the tasks he was summoned to do in order to live a life of his choosing.

Q: This isn’t your first story idea, is it?

A: Yes, I have been writing for a long time. You tend to build a stockpile when you got nothing better to do. Not all of them can be considered good though…

Q: In fact, I have leaked screenshots of all of them – failed or those you never got round to: 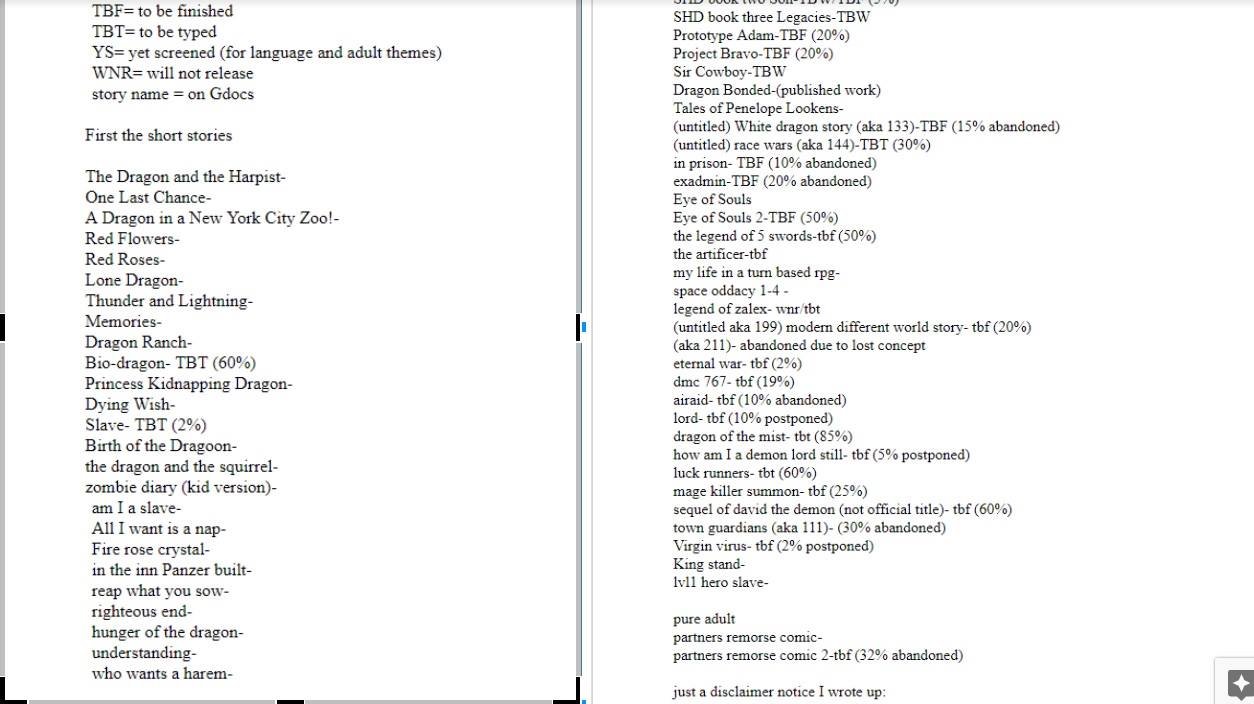 That’s…a lot of ideas. How did it end up getting narrowed down like this?

A: The order of release for my novels is based on many criteria: Rate of completion; the difficulty of editing; length of novel and rating of content are several factors taken into account.

Q: You’re also the author of the completed David the Demon and the ongoing Karma Streamer (also found on CN). That must have taken a lot of effort. What sort of hardships have you faced?

A: DD is the first Novel I released as a WN, back when we were still fantasybooks. I found a contest on the site for a short story and decided to enter it. After some talking to the site owner I decided to try out releasing my works on here. I appreciate the opportunity he gave me and the support of my editor MasterOfCoin in my novels, current and in the future.

Q: Any tips for aspiring authors?

A: Passion is a must. Without passion and that drive to continue writing it does not matter if you have inspiration or skill in writing. That being said, inspiration, creativity and an education in writing do help too.

I will add, if you have something written, do not be afraid if your work is good or not. What is important is you at least try to find an outlet for your work. Not trying to get your work out there could be as close to not writing at all as you can get. I speak from years of experience of writing and not having an outlet. I wish I found the site or a site like it sooner.

Q: Now for my favourite question. What sort of quirks or habits have you developed as a writer?

A: As many can tell, I have a tendency to refer to myself as a dragon. It is role-play of course. I found I like dragons and have written many stories about them. Though not all my works are dragon driven, there is ‘usually’ at least a side character or reference to them somewhere.

Q: There’s a sequel on the way for L1HS. Do you want to give the audience a teaser for it?

A: Well I had already released a teaser on the site called lvl 2 Champion Emperor. The teaser is about the Emperor of the Libertarian empire annihilating an insanely large army. Of course, the story is not going to be about the Emperor’s journey this time but more likely than not that of his son, who is still to be named.

[He pauses for a moment, deep in thought before continuing.]

Thinking upon it, I might call him Champion. I have so many novels to work on and my work on CrN has made it slightly difficult to create new content from scratch. https://creativenovels.com/level-1-hero-slave/teaser-lvl-2-champion-emperor/ is a link to the teaser. I can see at least a year wait at minimum before any more from the sequel to be revealed. That is how many planned releases of other novels I have at this time.

Q: Tell us a joke

A: Sorry, my humor is based on the situation normally. It is more joking around than making jokes.

That’s fine. Anyway, that’s it for the interview. Thanks again for joining us and I hope your future works become just as successful! For those that want to read Zalex’ works, here’s Level 1 Hero Slave, Karma Streamer and David the Demon