Some believe that miracles are never real, discriminating prophets of old lore and tales as insane individuals. But in a far away land unfolds a magical and heroic tale of the prophet of miracles, the Promised Flame.

“I’m done with classes for the year finally!” exclaimed a young boy as the bell rang to signify the end of school for the day. The youth had brown eyes and hair that was spiky towards the right. He bade goodbye to his friends as he slinged his backpack over his shoulders.

“Bye Abner, We’ll see you during the holidays for sure!” replied a girl with fair skin and waist long that was neatly tied into a pony tail.

“Yep, and do bring your sister along during the next we meet too!” chuckled another young lad. He had a stern look on his face and eyes that had a piercing gaze. Nevertheless, it was still pretty obvious that he was very comfortable being together with the other two.

The girl was Azalea and the boy was Gurmund. They were close childhood friends with Abner. The trio, together with Abner’s sister were closely acquainted and often met up during the holidays for fun outings and recreational gatherings.

After leaving his school building, Abner decided to take a small detour to check out the bustling town plaza before heading home. Abner was a citizen of the nation of Kaigran. Besides being the last day of school for Abner, today was also a very special day for Kaigran.

For centuries, the nation of Kaigran has been governed by a central figure known as the Head Contractor. These Head contractors were often from the Chivesker household with dragons as their partner spirits. Head contractor prospects would have to overcome a trial where they would be sent to dragon realm in attempt to forge a contract with a dragon be it through battle or vocal negotiation.

As of now, the Head Contractor of Kaigran is a well respected man by the name of Largin Chivesker. Largin was known as being the war hero who played a major role in protecting Kaigran from a dangerous malicious threat 20 years ago. However, Largin’s brother, Jeph Chivesker had recently returned from the dragon realm after forging a contract with a dragon. As such, a coronation for a new Head Contractor would be held tonight as Largin decided to step down and pass on the legacy to Jeph. 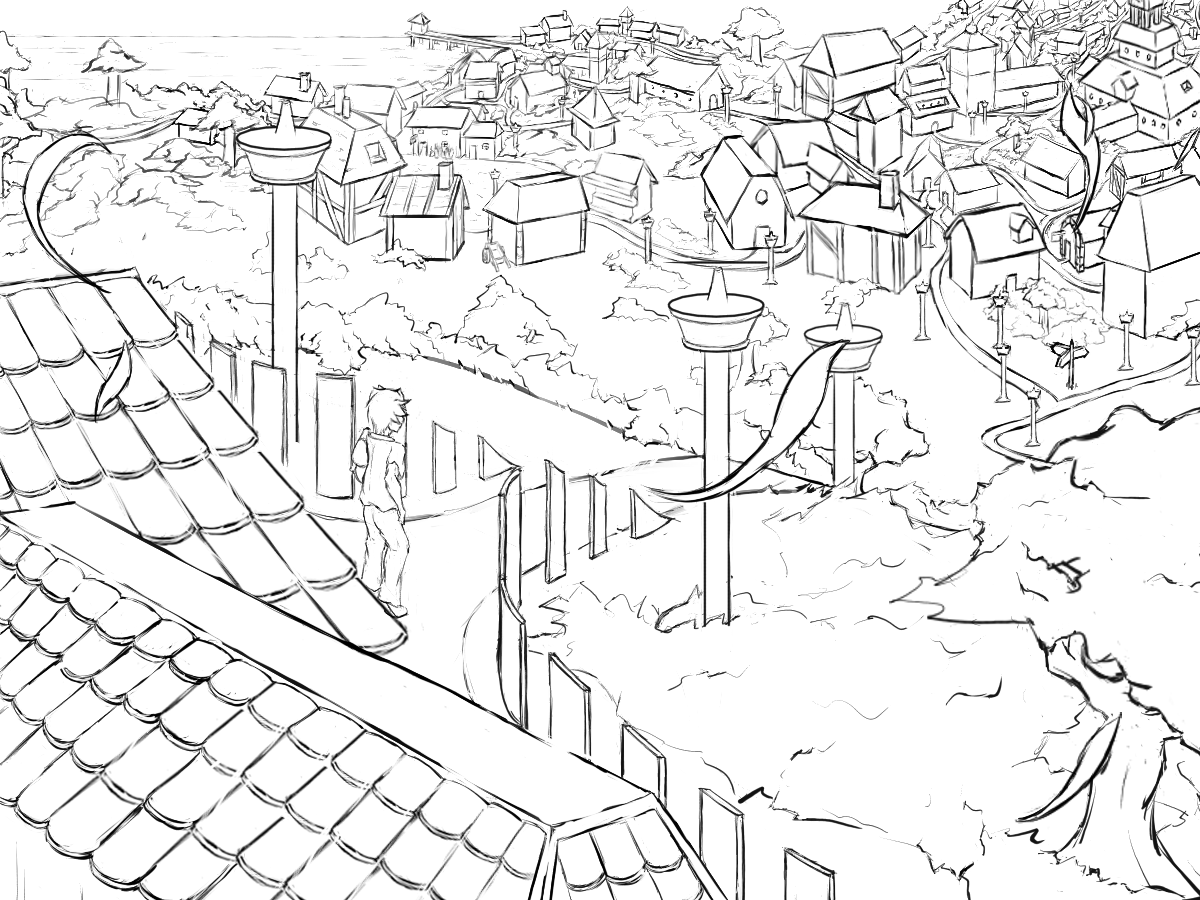 Abner then left the town plaza for the suburbs. He made his way up a small highland that was covered in lush greenery of trees and bushes. A cottage was perched on top of the miniature hill, with its windows glistening in the sunlight as a warm ribbon of smoke rose from the chimney. As he arrived at the gates of the house, Abner turned his head to catch a panoramic view of the city of Kaigran as a fresh breeze caressed his face. He had always loved the beautiful and soothing landscape in front of his home since young. After admiring the nostalgic view for a few seconds, Abner opened the front door of his house.

“I’m home” said Abner as he closed the front door.

“Welcome home, Abby” answered a young girl. The girl was Abner’s sister, Eiya. She had a petite body figure but she gave a big hearty smile as she greeted her brother.

“Hope u had fun on the last day of school too! Dad’s slouching on the couch as usual, haha” joked Eiya.

Abner nonchalantly dragged his feet towards the couch to greet his father, Largin Chivesker. 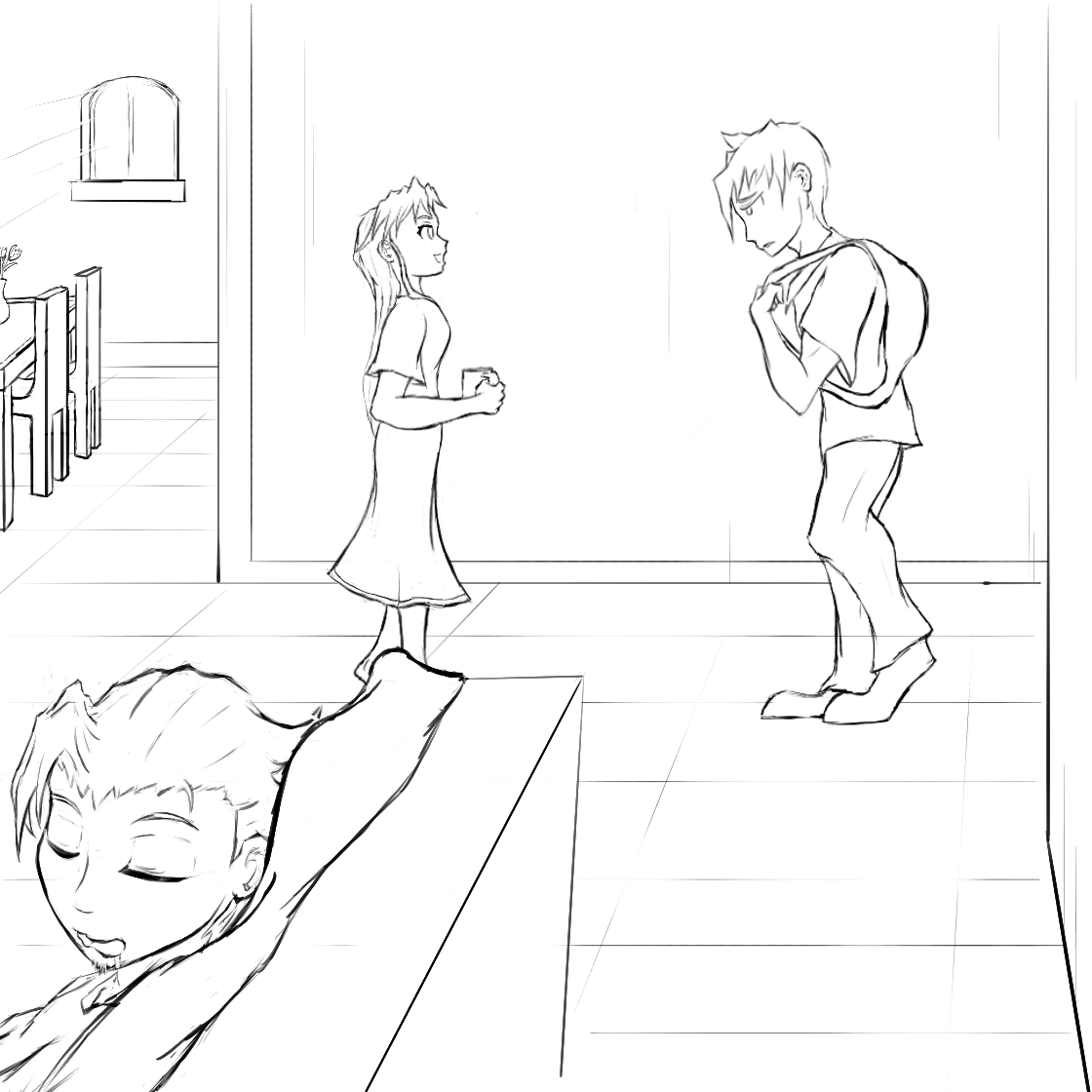 “I’m back dad” said Abner as he let out a sigh. He had been reluctant to talk to his dad the past few weeks as his dad had been pestering him to sign up for Cress Academy the following year.

Cress Academy was a prestigious school in Kaigran that had nurtured many leaders of the nation. The institute offers a very special course called the Elite’s course. Successful candidates who passed the Elite’s course would then be appointed into the Council, the top group of defenders for Kaigran. The members of the Council, together with the Head Contractor are responsible for keeping Kaigran safe from threats.

“Ah son, you’re finally back. So waddaya say, signing up for Cress this time next year?”

Being the Head Contractor himself, Largin saw lots of potential in his son and hence, has been trying to convince Abner to join the Council in the future.

“It’s probably the Thousandth time u asked dad. You’re better of worrying about the speech you need to give later at uncle Jeph’s coronation. Besides, becoming a Contractor is too much of a hassle for me. Never considered becoming one”

“Aww come on son, maybe just for a few months?” pleaded his dad.

“Not anytime soon dad. I’m gonna chill in my room for a bit and then get ready for the coronation” replied Abner as he closed his bedroom’s door, leaving his dejected father in the living room.

Before long, it was time for Abner to get ready for the coronation. He tucked his comic he was reading into his shelf as he whipped out his formal suit for the occasion. As he pushed his hair back and buttoned up his undershirt, he started to picture how impressively decorated the grand hall at the Council’s office, the Trinity, would be for the occasion.

After leaving the room, Abner met up with his sister and father in the living room, both dressed as immaculately as well.

“Well kids, shall we head out?”