“Wang Yu, if any more Ancient Sects come to visit. I want you to receive them.”

Yang Tian quickly went to his training room to practice, tossing everything else to Wang Yu to handle.

“This is only a Rank 2 Cultivation Technique, but it made me understand what was needed as well.”

“It was an Early Rank 6 when it was alive, and became a Mid Rank 5 Skeleton King after death. A decent trade item, what do you wish to exchange for?”

Lotsa Money disappeared after saying it; a ball of Mental Power replaced his position, the Cultivation Technique that Yang Tian wanted was recorded in it.

When Yang Tian trained both Defence Conversion Cultivation Technique and Vajra Divine Art, he noticed that his Inner Energy was increasing at a greater speed. He started taking out energy crystals to convert and absorb as Inner Energy.

Yang Tian entered seclusion for ten days, pushing himself to Peak Rank 4 Martialist before he finally decided to stop. If not for this period being a special phase, Yang Tian would have pushed himself till he reached Early Rank 5 before exiting seclusion.

“Did any more Ancient Sects visited the past ten days?”

“We did observe a group of people flying through the sky, but they did not stop and visit.”

“Okay. It is time to make my decision now.”

Looking at the current situation, Yang Tian planned to work with the Qin Harmony Sect. The Ancient Sect practices both Internal and External Arts and would be able to provide more guidance in this aspect.

Yang Tian took out the talisman of Qin Harmony Sect and crushed it.

A spatial hole appeared, and Elder Gong walked out of it. He smiled with he saw Yang Tian;

“Looks like Yang Domain Lord has made your decision.”

“Yes, I have decided to go with Qin Harmony Sect.”

“Good, we will certainly not disappoint Domain Lord. This is the Summoning Token of my sect, the Domain Lord can use this token to call for assistance when you encounter any difficulties. When you are conquering another territory, we will also do our best to support it.”

Elder Gong took out a white jade token and handed it to Yang Tian.

At that same time, a contract appeared on the hand of Elder Gong.

However, for the terms within the Contract Agreement to cement, it required the leaders of both sides to sign the agreement.

Yang Tian was already present, while the Sect Master of the Qin Harmony Sect was still not here.

Elder Gong took out a Spatial Talisman and crushed it. Powerful energy came out from the spatial hole, it was undoubtedly the level of a Lord Rank.

The Lord Rank might possess the potential to break through and reach the Epic Rank.

“Please pardon us Domain Lord, the Sect Master is currently at a crucial state of cultivation and is unable to come in person.”

The Sect Master in front of him can attempt a breakthrough to reach Epic Rank, the mist surrounding him was to protect him from leaking his energy. Yang Tian also did something similar in his previous life when he was preparing to break through from Lord Rank to Epic Rank.

Yang Tian pricked his finger and dripped a drop of his blood onto the contract, the Qin Harmony Sect Master also did the same.

After a blood-colored light was emitted from the Contract Agreement, it disappeared. Yang Tian could sense binding on his soul, it was a normal occurrence when a contract was formed.

After the contract was completed, the Qin Harmony Sect Master expressed his goodwill towards Yang Tian before leaving through the same spatial hole.

“Now our cooperation is confirmed.”

“We will also notify the other Ancient Sects of our agreement.” Elder Gong said.

“This is our gift to Yang Domain Lord. Please accept it.”

“Then, I shall accept these gifts.”

The entire set of equipment had boosted Yang Tian’s fighting power by at least 20%, this welcome gift from the Qin Harmony Sect was very delightfully accepted by Yang Tian.

“Okay, our sect will be entering the secluded world over the next few days, hope that we will have a happy cooperation.”

Elder Gong left through a spatial hole after he finished speaking. Yang Tian was undoubtedly not the only one who encountered such a situation, similar situations were likely happening overseas as well.

The Mountain Way Sect in Blazing Lava City was currently wearing lousy expressions because they have obtained news that Yang Tian had decided to work with Qin Harmony Sect while they were still stuck outside Blazing Lava City.

“Head Elder, let us charge in!”

“Are you an idiot? Now that we can’t work with Sky Halberd, you want us to lose our chance with Blazing Lava City as well? Everyone wait here for me, I will enter to understand the situation and see why were they not coming out to receive us.” 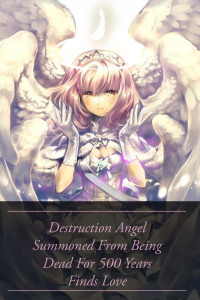