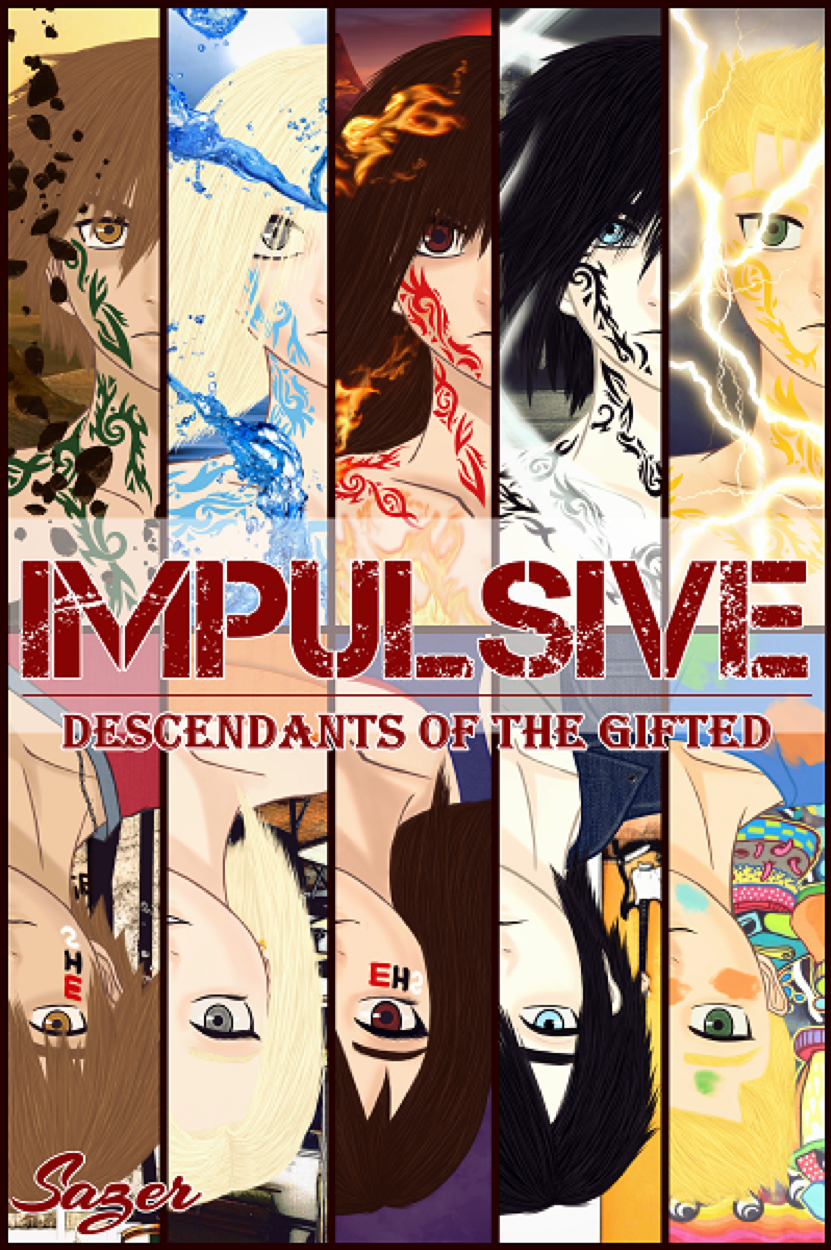 Today, we welcome Sazer! She’s releasing a new novel today, called Impulsive: Descendants of the Gifted. It’s a coming-of-age fantasy, so if you like character-centered stories with adventure, growth and romance, you can check out the first 6 chapters here!

Grandia sat down with her for an interview about her newest release (see below)!

Welcome Sazer! Please introduce yourself to the nice readers.

Hello, people of the world… or CrN at least. It’s a pleasure to be on board what seems like a great community of readers, authors, and translators alike and I look forward to the fun ride ahead.

Now, you already have a name to identify me with. As for the person behind it, well, I’m just a recently graduated medical intern with not nearly enough time but all the love for art. All forms of it. I write, I draw, and I make music. Because hey, while medicine may cure the body, it’s art that cures the soul, right?

So, how did you find Creative Novels?

I was just going about posting my work on my blog like your everyday, low-key writer, hoping someone would give it a read, when our lovely site owner, J, found me and told me about this site where I could, maybe, find a bigger audience for my story and well, here I am now.

Now to the fun bits! Tell us about Impulsive.

‘Impulsive’ follows the tale of a group of five teenagers as they’re thrust into an unseen world and charged with the responsibility of its fate. These kids are your average, inexperienced and emotional brats, but they do have the ability to manipulate natural elements, which is the ultimate root of their predicament.

What will we see in this novel?

This novel has a large cast of main characters and is written in a way as to make their varying perspectives mesh together into a complete picture. It is your standard fantasy tale, following a hero’s journey with magic and world-building, and does not hope to reinvent the wheel in that regard, but instead to blend the elements of self-discovery and bonds into the genre. So, readers should expect slow build-up, introspection and a degree of focus on the characters’ relationships with each other, platonic and romantic.

The novel has been designed to be very readable, even for people who don’t read a lot. For heavy readers, on the other hand, I hope for it to come off as a breather. Something you can just unwind and have fun with, find comfort and good vibes in.

Huh, that’s interesting. A lot of authors try to make their novels new and “never been seen before.” What made you decide to take this approach?

I’ve always heard and believed that if you want to write a good story, you have to write something you’d want to read. And since I was so aware of what I like, I decided to simply take it and make it my own. I grew up loving these stories about heroes and adventures and I wanted mine to inspire the same feeling in those who’d read it.

What’s the update schedule for this novel?

The first six chapters will be available en masse, after which I’ll post biweekly with each release averaging between 1500-3000 words. Shorter chapters will be released as a whole and longer ones in two or three parts, all divided into a total of seven arcs.

What’s your favorite thing about this novel?

I really enjoy the dynamics between the main cast. It’s fun to make them bicker, snap at and comfort each other despite the ongoing calamities. It makes one think that teens really are rather selfish – at that age, they think the world revolves around them, even if it’s falling apart.

Now, I know I’m probably causing trouble for myself (and you), but… do you have a favorite character out of the group? Or one that you identify with?

That’s an interesting question and one I get a lot. Honestly, I wanted to create a cast of characters where every reader could find at least one they could relate to or empathise with and people who’ve read the story so far tell me I’ve succeeded. Personally, I feel like they might have all inadvertently inherited one or two traits from me, rather than any one who embodies me perfectly. Like how Dylan treats his friendships or how Eddy loves art.

So, I don’t really have a favorite – it’s like asking a parent to choose a favorite child, honestly, haha – but I do find it easier to work with some more than the others. Sam is the easiest to write because she is so loud and up-front, while Zac is literally the ‘problem child.’ Writing him takes a lot of effort because he, himself, struggles with who he is and possibly has the most room to grow.

What inspired this idea?

I was thirteen years old and tired of feeling exploited by books and TV shows that always made me feel around the lines of, ‘if only’ or ‘why couldn’t it?’. It was distressing. I wanted to write something that would make people feel like ‘it could’ and ‘it did’. Ten years later now, I’ve tried to materialize that idea into a piece that, with a hint of nostalgia that childhood favorites may elicit, would make you want to believe in things again – be it dreams, ambitions, friendships, recovery or… you know, the amazing. Something that would make you want to believe in good again.

You’re an author, so I’d love to see how you’d finish this sentence: When I looked up, the night sky was full of stars but no moon, and I knew…

“… and I knew then, as I always had, that I was trivial. So very inconsequent in the ultimate matters of the universe. Everything that happened was an interplay, not between people, not between countries or even continents, but between so many unknown worlds.”

I think I got lucky with that one, considering I’ve written something very similar in one of my chapters – I literally just plagiarized my own work, haha.

Thanks so much for talking with me! Is there anything you’d like to say to your readers?

It was a pleasure and I’m equally grateful to you. I think I’ve rambled a lot already, so I’ll just keep it short – I hope you guys enjoy reading my work and can find at least a little something positive out of the experience. Thank you!

I hope you learned a little bit about our new author after this, lovely readers. Please do check out Impulsive here.