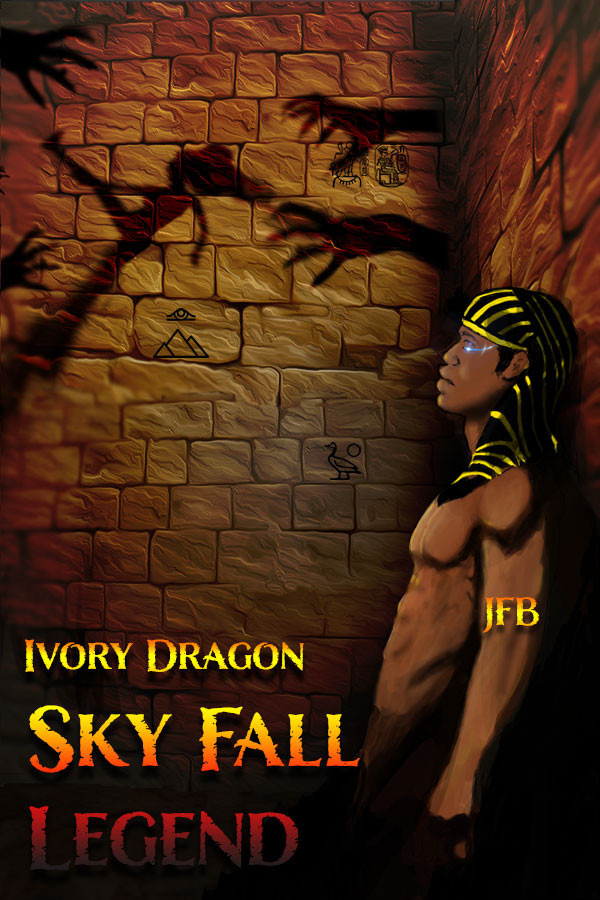 Another week, another author and the hype train on Creative Novels chugs along. Next stop is Ivory Dragon’s Sky Fall Legend, a cultivation and isekai novel all in one, so go ahead and check it out! Did I also mention the cover art is made by us? You’re impressed, no?

Well, even if you aren’t, I’m sure you’d still love to read about dragon himself. The mastermind behind the novel’s interview can be found here:

Q: Last week, we had Grandia interview Sazer, so we’re back with me, George Bakerson, doing the questioning once more. This time, I am joined by Ivory Dragon. Welcome, Dragon. Please introduce yourself to the audience.

A: Hello everyone my name is Ivory Dragon, but you may refer to me as ID or Dragon. I’m a 28-year-old author who lives in the United States of America.

Q: I’ll dive right in and say that I know you’ve been posting on royal road. What made you decide to post on our site too?

A: Well, to be honest, I had very limited interaction with Royal Road before the month of February 2019. My intent was to post on Creative Novel before Royal Road, but I didn’t know when I would be able to do so. Since I posted the original draft of my book on the site back in August but took it down soon after, I decided to give them another taste… I needed to refine the story more. This month, as I was waiting for my chance to join this site, I decided to get some early feedback with royal road.

Q: Great! And now we get onto the actual novel. I’ve actually read some of it beforehand, so I know what it’s about. However, I think it’s best if you explain that yourself. Go right ahead.

A: This novel is called Skyfall: Legend. Even if you’ve read previous versions you’ve never read this story in its current form. I’ve totally restructured and evolved the story. Skyfall: Legend is a cultivation novel about a young man who reincarnates into a world he never even imagined could exist. His quest is to discover the truth behind his previous death, as well as bringing salvation to his two soul mates. This novel is influenced heavily by Chinese literature blended in with some African culture, particularly Egyptian culture.

Q: You’ve already written quite a handful of chapters. How difficult must it have been to write so much?

A: It’s a challenge for sure. The most difficult part for me is finding the time. I love writing and I have the story mapped out so writing it isn’t too difficult, but finding the time to dedicate to my writing is a true challenge.

Q: I’m sure you’ve developed an interesting quirk or two in your hardships then. Is that true? If so, what are they?

A: The most important thing I’ve learned to do is outline the plot thoroughly, that way the story stays on track.

A: Take yourself seriously! Map out your story thoroughly, and don’t be in a rush for the feedback! Take your time and it will become great.

Q: As we’re at the end of the interview, I’ll ask my favorite question. What’s the origin of your pen name?

A: Well I’ll start by saying I’m a vocal producer, project manager, and solo artist. My middle name is Ivory. However, as an artist and growing up in the projects of Georgia I’ve always used the handle Dragon. So my professional pen name was the merging of these two identities, so to speak.

A: I just read a book about Stockholm Syndrome. It was pretty bad at first, but by the end I kinda liked it.

That’s it for the interview! Thank you for joining me, and I hope your novel is a huge success!