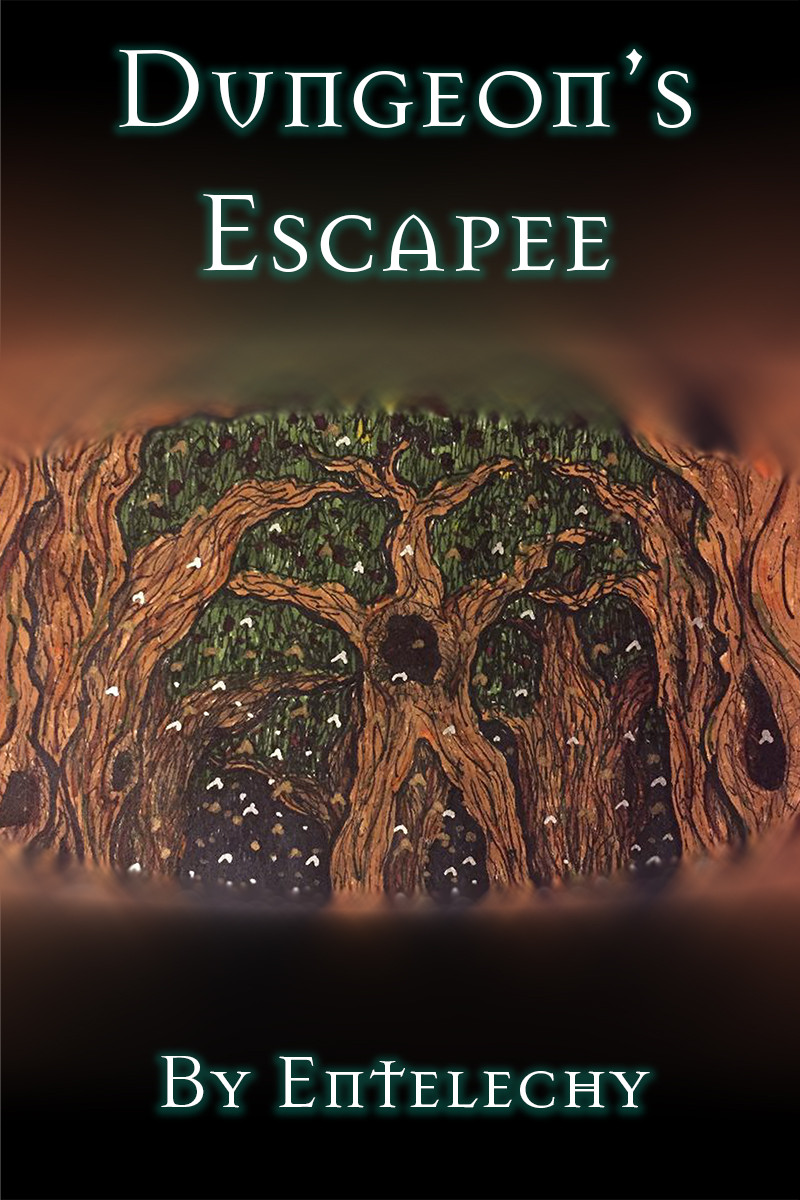 Q: Roll up, roll up for yet another interview. Been a while since the last one, right? Anyway, this time I am joined by Entelechy, who releases his novel today. You might recognise his name as he is one of CrN’s editors, but more on that later. First of all, welcome entel, please tell the audience a bit about yourself.

A: I just graduated from high school in Houston and am going to uni in London. Nowadays, I spend most of my time being depressed reading stories, swiping (mostly) right on Tinder, working out, and procrastinating on writing.

Q: And since you’re one of the older members, how did you manage to find CrN in the first place?

A: I saw an advertisement saying that the site was hiring while I was reading stories.

Q: Great! Now let’s go into your novel now. What is it called and what is it about?

A: It’s called The Dungeon’s Escapee. (I changed the title from what it used to be: Of Dungeons and Adventurers because I realized I’d never be associated with that). To be fair, I think that’s still the case. It’s a multiple POV story focusing on a guy who lands in a new world combining some xianxia and magical elements. At heart though, it’s a story about adventuring and the mechanics that would go behind it.

Q: I realise you’re working on another novel with zalex too. Turn Based Engineer I believe. Do you want to talk about that a bit too?

A: Ha ha, of course! We’ve been working on it for a while, and I have tons of chapters stored up, which I really ought to post… It’s a LITRPG kind of story about an engineer from our reality trying to survive in a world of magic. It resembles a slice of life since there’s no determinate “plot” and the characters are meant to create their own conflict. (although there is a larger conflict at work in which the characters will later take part).

Q: I’ll divide the next question up into the two parts. It’s the standard “what difficulties have you faced?” question, but as you’re both author and editor, I’ll ask them separately. First I’ll go with the difficulties you have faced as an author.

A: Editing. Even though I’m an editor, I hate revising my work since it never reaches the quality I want. Sometimes, I’ll read through a chapter and be like: I can’t believe I wrote this and then spend the next few minutes considering a Cmnd-A-Del.

Q: And as an editor?

A: Writing! I sometimes changed large segments of how stories were written to fit how I wanted them to look… On the other hand, it took up a lot of time, so I decided to stop editing to focus on writing.

Q: Do you have any advice for aspiring authors or editors? You can split this question in two if you wish.

A: Editing is pretty simple. You just read a story and fix the grammar or plot line a bit. It can be really boring though, so I suggest doing it in one-go and just getting into the zone. For writing, I’m not really experienced enough to comment, but I’ll suggest making it good the first time you write so you can stomach editing it >.<

Q: Since you’ve gained a plethora of experience, have you gained a habit or quirk as a result? If so, what is it?

A: Not really… I guess there’s specific ways I write, but I’d be hard-pressed to name them on the spot.

Q: Final question, what is the origin of your pen name? Entelechy sounds pretty unique.

A: It’s actually a name I used in a computer game, but it means the realization of potential, something I want to be able to do.

A: Life. JK. Honestly, I got nothing. All my funny juices go toward writing Tinder pick-up lines… Thanks for the interview!

Thank you very much for joining me and I hope your novel is a success!