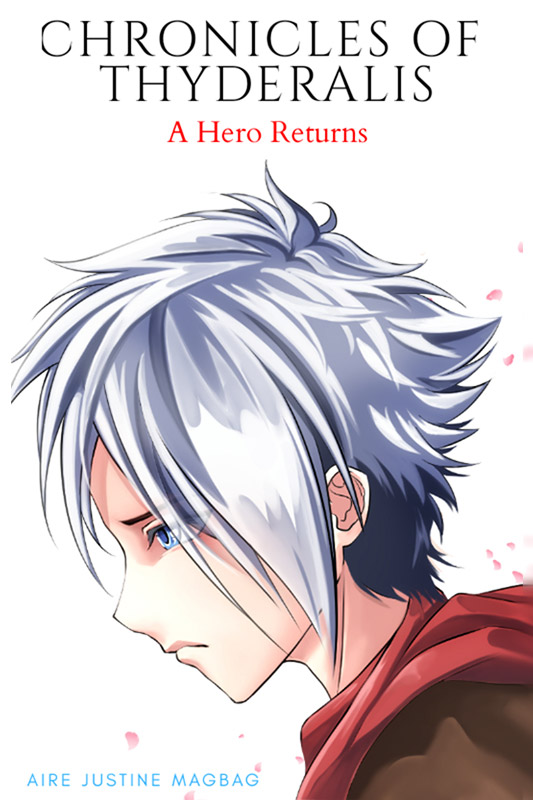 Today, we welcome Daddy Ike! He’s releasing a new novel today, called A Hero Returns. It’s very fantasy anime-esque, so if you like war stories told in multi-perspective, you can check out the first few chapters here!

Grandia sat down with him for an interview about his newest release!

Welcome Daddy Ike! So, I have to ask. What’s up with the username?

That is a good question because I don’t even know myself. I like Ike as a character and putting Daddy along with it sounded hilarious to me.

Hmm. Interesting sense of humor. Anyways, how did you find Creative Novels?

Well, I believe I got an email regarding to CrN (can’t remember for sure, my memory is a bit buggy). I was suspicious as first but after checking it out, I thought “Why not?”

Uhh… suspicious… Well, thank you for joining us anyways! Now to the important bits! Tell us about A Hero Returns.

It’s an anime fantasy, more or less. It’s about a fallen hero looking to redeem himself, but he struggles to do, since he’s still trying to figure out what is morally or logically right to do for the sake of the future. It has quite a slow start but gains steam later on. It is a multi-perspective story and I believe people are going to be more invested in the other characters than the “hero” himself.

Ooh, would you classify him as an anti-hero then?

He’s in an interesting spot. Anti-heroes usually discard the belief of heroism and morality for the sake of doing good, but the main “protagonist” still believes in those values and abides to them. However, despite his sense of honor and dignity, he will perform acts of carnage and other nasty things if needed to achieve his goals.

So he is, but he isn’t. Not even sure if there’s a category to put him in (not off the top of my head).

Huh. I see. What do you like most about him then?

The fact that my audience does not like the main character (haha). I wanted them to sympathize with his situation but my audience was like “nah, I like the other characters ‘cause they’re more interesting.” Trust me, dear readers, that won’t be the case later on (if I do it right).

Something to look forward to then! Do you have a favorite character? Or one that you identify with?

I’ll assume you are referring to a character in any story I like in general, so I will go with that. Zack Fair is my favorite character in any series I’ve ever watched, played, or read. Loved his design and loved his story. Even though I knew how his story ends, I still cried regardless.

Lol, I was asking about your novel, but that works too! So, what inspired the idea for your novel?

That’s funny because unlike normal means of inspiration (like reading another book or other media), my idea came out through my own fanfic of a show. After fleshing it out for eight years or so, it came out the decently made story you see now today. So many ideas were scrapped but I like what I have right now.

Oh really? So you’re a fanfic writer too? What fandom did this novel originally start in?

Oof, sorry to disappoint, but I would rather not say. A secret too embarrassing to reveal (trust me).  I will give you two hints though: it’s something you wouldn’t expect compared to what I’m writing now and the color palettes within the show were “sparkling” and vivid.

Hmm… I feel like I could guess, but I don’t think I’d believe it. Anyways, to the question I ask all my authors!

I’d love to see how you’d finish this sentence: When I looked up, the night sky was full of stars but no moon, and I knew…

…the pizza was ready. “It’s pizza time,” I mumbled.

I was trying to think of a cool catch phrase but it’s gonna end up cheesy and lame, haha. I’ll just excuse myself at the door over there.

Pfft. I wasn’t expecting that. Anyways, thanks so much for talking with me! Is there anything you’d like to say to your readers?

Ah yes! Welcome, I hope you enjoy the story! Not the best writer, so any critical feedback would be appreciated!

Oh, if I do not post as often, it means I’m trying to figure out the “best” course of action and I’m stuck at a wall. It doesn’t always turn out the best, though, so bear with me.

Aww, that’s kinda cute! That’s the end of our interview, readers! I hope you learned a little bit about Daddy Ike (I still can’t say that name without snickering a little…) and A Hero Returns. Please do check out the novel here!