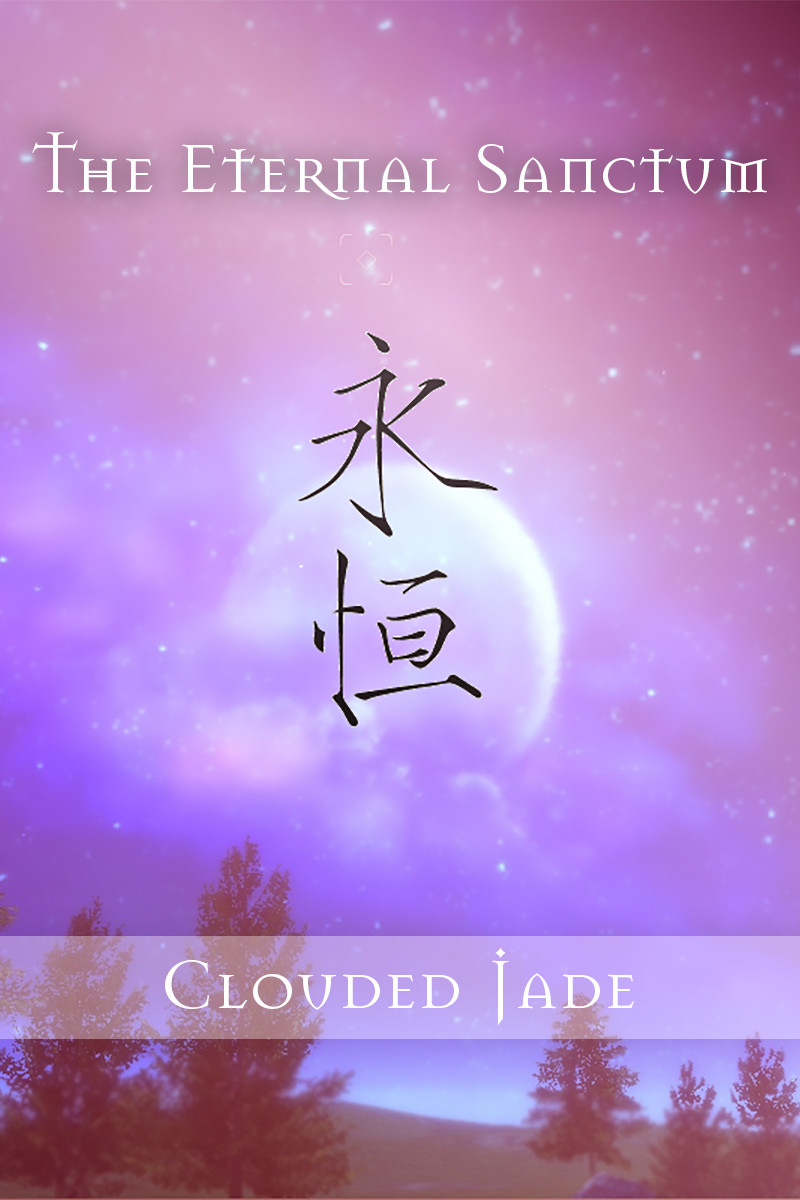 Today, we welcome Clouded Jade! She’s releasing a new novel today, called The Eternal Sanctum. It’s an original novel (translated into English by the author herself!), so if you like oriental cultivation with a female protagonist, transmigration, and lots of crazy immortals (and mortals!), you can check out the first ~100 chapters here!

Grandia sat down with her for an interview about her newest release!

Welcome Clouded Jade! As a new author, please tell us a little bit about yourself!

This is Clouded Jade, an author who loves to translate her works into different languages for many people to read! I enjoy writing short stories and oneshots, though I’ve recently begun to enter the world of novel writing. It’s been a wonderful journey so far!

Historical romance, cultivation, tragedy, romance – I’ll take them all on!

So, how did you find Creative Novels?

A “good” friend recommended me to source my novel to Creative Novels! That is after my “good” friend coerced me into writing the Eternal Sanctum as a sequel (and standalone) novel in the same universe as The Butterfly of Chaos. That, and I’ve also been following the Beloved Empress and The General’s Little Peasant Wife and their English translation for quite a while, and that helped me finalize my decision as well!

Although… wagers can be scary – don’t make them, especially if you’re an author!

Thank you for joining us! Now to the fun bits! Tell us about The Eternal Sanctum. What is this novel about?

The most iconic trait about the novel that makes it stand out from others of its type, I suppose, is that the novel doesn’t adhere to the typical stereotype of female “cultivation” novels. Indeed, though we do have the protagonist An Fei experience a couple twists and turns related to romantic/interpersonal affairs, the novel’s primary focus is on the aspects of cultivation and an Immortal Realm!

An Fei, an ordinary young girl living in Modern China, is thrown into a world that reflects the historical legends worshiped in Ancient China – with spiritual cultivators, mythical beings, and grumpy Empires! The girl just wants to obtain a good night’s sleep, but alas, is doomed to encounter lots of trouble – some caused by her own carelessness, and others due to someone else’s machinations.

The person who tossed her into the historical and legendary world has his own plans, the people who claim to be her friends and family have ulterior motives of their own, and perhaps… An Fei herself has a scheme brewing in her heart that she may not know about? Mystique is a large factor in this novel, but many of them will be answered within the volume that they’re introduced – unless they have a relation to the overall plot!

Just how did the Immortal Realm form? Who created it? And what’s with the distinction between mortals and Immortals? Those are the primary ideas that the novel tries to follow- just from a female protagonist’s perspective, and with the customary touch of romantic fluff that we enjoy so much!

So you’ve translated this entire novel by yourself? That seems like a huge amount of work! Have you learned anything about translating?

For the first few dozen chapters, I’ve had a couple of wonderful friends who helped me translate into English, and edit as well! Now, I’m working on these chapters on my own, including the editing (if my updates become slow, that’s because I’m still learning English as a language)!

Translating… can be called an art, per se. If you skimp out on the artistic flourish of the author’s word choice and prose to maintain grammar fluidity, the story loses its purpose in a sense. However, if you were to disregard grammar convention to maintain the linguistic style of the author, then the readers wouldn’t be able to understand the work – there’s a delicate balance when it comes to translating novels!

A very wise observation, and one I’ve heard from many translators! You’re one of the few authors I’ve interviewed with previous completed works. Any tips or tricks to share about writing? Or completing a novel?

If you have an idea that you think can be split into numerous parts, don’t hesitate to shelve them later for any subsequent projects! Trying to cram many ideas and themes into a single novel just because they appear related can make it difficult to continue writing in the later stages!

Keep the original flow of the plot and character development when writing! And make sure that when you do reuse a trope or snippet of plot, don’t make it the central theme of the novel!

Favorite thing about the novel… hm. I suppose, the unique circumstances that An Fei finds herself in as she explores the historical world that she’s thrown into?

Without spoiling any future content of the novel as much as possible, it would be that the unique cultivation method that An Fei is force fe – ahem, stumbles across – causes her to be averse to many qualities of the mortal world. That is, spiritual artifacts, medicines, and other martial arts techniques; all become a lethal poison for our beloved protagonist.

How should she survive when that’s combined with a large supply of caring family, friends, and Masters… ehehe~

Do you have a favorite character? Or one that you identify with?

My favorite character would be – ahem, spoiler alert – a certain little raven. Ever since he meets An Fei, the pitiful creature is battered around and bullied by our protagonist. When she ascends to the Immortal Realm, will he obtain his “revenge”?

Although, after reading my manuscript, my friends have labeled me closer to the main protagonist An Fei due to a few certain areas – we end there. The rest’s a secret!

What inspired the idea for your novel?

Originally, the concept for The Eternal Sanctum arose from the conclusion for one of my previous behemoths, The Butterfly of Chaos. Unfortunately, I haven’t translated the novel into English (save for the first volume!) so our delightful English readers will have to wait – but I can be motivated to do so after finishing The Eternal Sanctum!

Though An Fei may be a protagonist in this novel, she was a side character who appears in the final volume in the prequel. Hence, her abilities aren’t largely elaborated upon compared to the protagonist of the previous novel, Li Xiang, but her unique identity is a treasure trove of questions. As such, when I read over my work, I noticed that her background was largely undefined and as such, possessed wonderful potential as a standalone novel!

The readers who have managed to read the complete work of the Butterfly of Chaos will be able to know what An Fei’s identity came to be (spoiled by the title), and The Eternal Sanctum will surely be a delightful treat.

Ah, but for those who haven’t read the Butterfly of Chaos, there’s no missing out! Though the novel may be a sequel of a series, it can surely be enjoyed on its own…

Ooh that sounds interesting! Tell us a little bit about Butterfly of Chaos. What’s it about and where can readers find it?

Without spoiling either novel at the same time? Ah…

Lol, I see how it is. This is a good time to finish up our interview. I’ll ask you the question I ask all of my authors. Finish this sentence: When I looked up, the night sky was full of stars but no moon, and I knew…

Since my gentle and angelic editor, Clouded Moon is not present…

It’s time~!!!!!! Time for my hidden step-aunt of an author’s personality to flourish without my conscience watching over me!

Ah, my protagonists, Clouded Jade extends her deep and sincere apologies… not. ^_^

Lmao, thanks so much for talking with me! Is there anything you’d like to say to your readers?

Er… I’ll drop a shameless request here! English isn’t my best language, though I’m doing my best to learn by translating my works as I upload them onto Creative Novels. As such, editors are always a great help!

If there are any benevolent readers around who want to get a sneak peek at the next few chapters and help a sorely overdrafted author out, please~!

Thanks for chatting with us! I hope you learned a little bit about our new author after this, readers. Please do check out The Eternal Sanctum here!