Abner and Eiya found themselves in a place covered in dusty wreckage and rubble after crossing the gate. If it were not for the iconic landmark of Kaigran’s Bell Tower in the distance, they would never have guessed that they have returned to Kaigran. The siblings took a few minutes looking around the ruins before they realized that they were standing in the remains of the Grand Hall of the Trinity after that night.

Startled by the voice, Abner turned his head to find a silhouette of a person near the entrance of the grand hall.

” This place is off limits at the moment! Identify yourselves!”

The young man started to enter a battle stance as he yelled.

After a short pause, the figure started to walk towards them with caution. As he approached a clearing, the sun’s rays shone through the broken roof, revealing the man’s face and attire. He had a tall physique and dark navy-blue hair with a long fringe in his left. He was also wearing the uniform of the “Shields of Altria”. 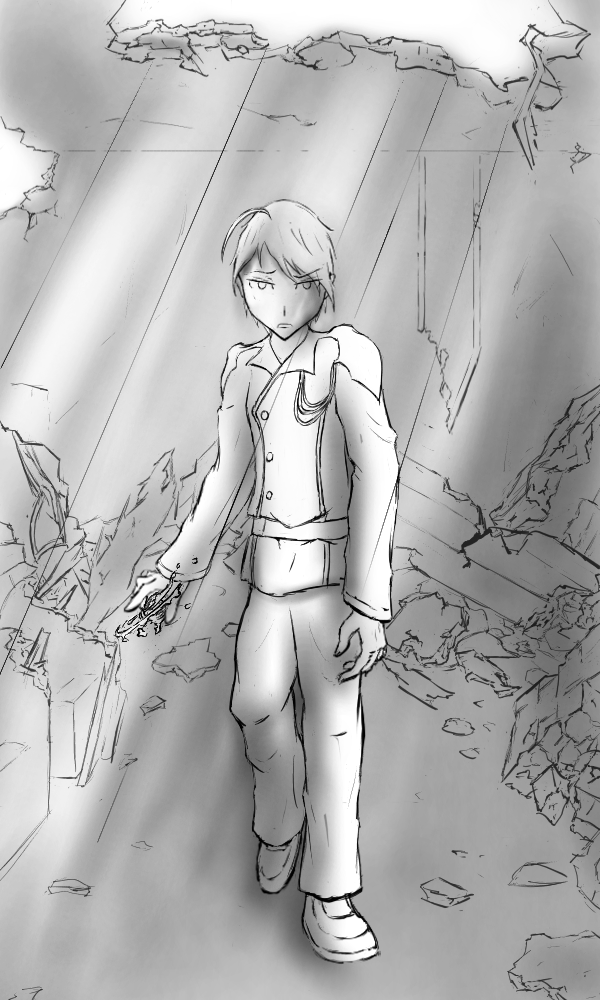 “Oh, it’s you Wynchell. You scared the crap out of me. What are you doing here in Kaigran?”

“Oh my…the two of you are alive! Where have u been for the past few weeks? How did you get those injuries and torn clothes?” Despite being relieved, Wynchell had many burning questions in his mind for them.

“Err…hehe. “stuff” happened along the way” said Eiya as she gave an awkward smile.

“Well, let us hurry back to your home. Your mum’s worried sick about you two. Are both of you still able to walk?”

Altria is a neighbouring country southwest of Kaigran. General Nisha, the current commanding general of the Altria’s military force, the “Shields of Altria” is said to be on good relations with Abner’s dad, Largin Chivesker. This soon resulted in Kaigran and Altria becoming allied nations.

Elenis Chivesker, Abner and Eiya’s mother, and Wynchell are Altrian citizens. Elenis stays in Altria for her job as an administrative clerk for the Shields of Altria. According to their mother, she became acquainted with Wynchell, who was a member of the Shields of Altria himself. Often, Wynchell would tag along with Elenis when she returns to Kaigran to visit her family while Wynchell explores the nation as a tourist.

As the three of them walked briskly back to Abner and Eiya’s home, Wynchell told Abner about the happenings after they left for the dragon realm that night. Apparently, the Council of Kaigran tried their best to hold off the unknown enemies but were still overwhelmed by the many surprises and unfamiliar techniques used by them. It was said that during the fight, they even used a certain seal that was able to restrain and immobilize Largin and his dragon powers.

Thankfully, Tyson Bim, the member of the Council who had been away in Altria for a mission returned to Kaigran earlier than scheduled that night. Tyson and a few members of the Shields of Altria with him immediately rushed to the Trinity to help Largin and the others defend Kaigran. Seeing that they were heavily outnumbered, Landon and his men fled from the scene after that. The enemies, however, were able to escape with Largin Chivesker as their hostage.

Wynchell remained silent for a while before he answered Abner.

“Unfortunately, Jeph Chivesker passed away that night. A funeral was held for him a few days ago.”

After hearing those words from Wynchell, the harsh reality that uncle Jeph is no longer in this world started to sink into Abner and Eiya. They were overwhelmed by profound sadness from both the passing of their uncle and abduction of their father. However, the siblings were both too fatigued to mourn after what they had gone through in the dragon realm the past few weeks. With a heavy heart, the trio continued their journey in solemn silence.

As they made their way up the familiar highlands to their house, Abner pondered if things could have turned out differently if he weren’t powerless back then that night.

“The enemy were definitely ater me and Eiya for some reason. Thinking about it, I might have been able to help dad out if I knew some basic combat knowledge then…” Thought Abner to himself.

Now after becoming a dragon contractor, Abner knew that he had to make a change to prevent that disaster from happening again.

They soon made their way through the front gates and arrived at the front of the house. Wynchell proceeding to knock on the front door.

“Elenis, I’m here with others for a surprise visit today.”

After waiting for a moment, the door was opened by a woman wearing a plain dress and sweater. One could easily tell that she had many worries on her mind with the bags under her eyes and furrowed brows. Elenis still maintained a fit and elegant figure despite being middle aged.

“You won’t believe it! Abner and Ei-“

Wynchell was unable to finish his sentence before Elenis saw her children behind him. She immediately rushed forward and embraced them tightly in her arms. The children squeezed their eyes in anguish as they firmly grasped onto their mother, relieved that they had finally returned home to their mother for now. 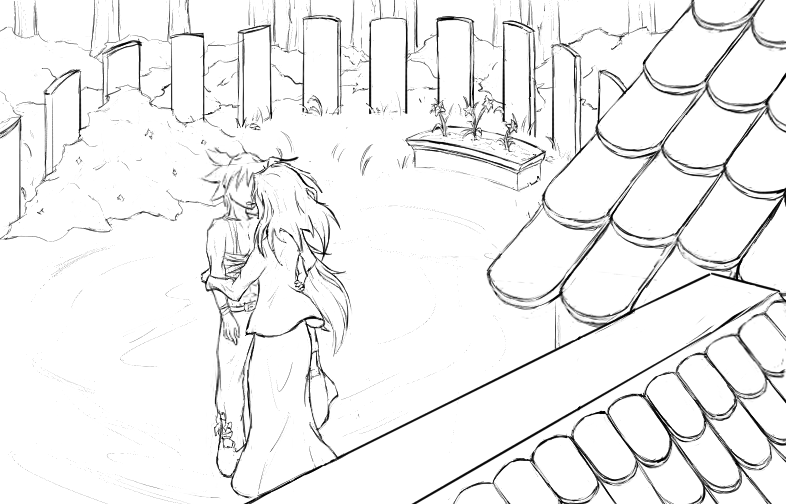