Liu Guang’s head hung down half a head lower than Cheng Nuo’s. Being carried on his back was uncomfortable. From time to time, Cheng Nuo would slide down and Liu Guang would have to hitch him up higher on his back. He walked fast but smoothly although he was breathing a little heavily.

Liu Guang’s big eyes glanced sideways at him. Gnashing his teeth, he whispered: “Daring to walk around without your clothes! You shameless female! When we get home, we’ll settle accounts!”

Seeing that Liu Guang was in his normal spirits, Cheng Nuo felt relieved.

Soon they arrived at the house. When Liu Guang had returned from hunting the long-haired bear, he had been in a hurry so he had just thrown the spoils on the floor. The bear’s paws were very nourishing so Liu Guang told Cao Tuo to make a stew with it while he brought a basin of water to clean Cheng Nuo’s wounds.

The wounds were still bleeding. When Liu Guang saw this, he looked at the fire then kicked down the stool beside him. He was angry that he had been completely ignorant and failed to protect his female. Chang Chun had pulled the wool over his eyes, doing many things that he was unaware of. What he hated most in this life was being deceived by his own people.

Cheng Nuo was shocked, was this child still angry? He looked at Liu Guang’s annoyed expression and quickly waved his hand: “This is nothing. It’s okay, it just looks scary. Hey, let me tell you Liu Guang, I killed a Zhu Xi by myself!”

Although the situation was too dangerous and scary at the time when said that just now, he couldn’t help but feel proud. In this alien world full of monsters, he was able to kill such a beast, which means that he isn’t a useless person that others will always have to take care of

Liu Guang wasn’t happy in the least. Instead, he felt even more depressed. He carefully washed away the blood and found traces of herbs on the wounds which he deduced was linked to Cheng Nuo being with Bai Rui. He was even more unhappy. It’s unusual that Bai Rui touched his future wife’s body.

When he thought about it, he suddenly became angry and was barely able to maintain the calmness of his voice: “Tell me everything, starting with the jade.”

Cheng Nuo sat down on the floor while Liu Guang put medicine on his wounds. He spoke about his confrontation with Chang Chun as simply as possible. He estimated that Liu Guang probably had many doubts so he did his best to speak the facts unemotionally, as though he was just an observer.

Liu Guang listened while applying medicine to Cheng Nuo’s back. Because he was angry, he accidentally used too much strength. The pain made Cheng Nuo scream out in misery.

Based on this story, he was indirectly indebted to Bai Rui. Liu Guang was really frustrated and annoyed.

He bit his lower lip hard. If he was there, he might not have been capable of fighting Chu Yunxuan. He was too weak and knew nothing of abilities like Chu Yunxuan’s and Bai Rui’s.

He absolutely must become stronger!

Cheng Nuo bared his teeth and hurriedly took the herbal medicine. It was made by Master Ge and was much more comfortable to use than the herbs he had chewed up before and mixed with his saliva. He spread the medicine and said: “I’m worried that the other people from the Yan Lue Camp will come back to make trouble… but don’t worry too much. After all, they are famous; they won’t return right away. Bai Rui signed a blood curse contract and it seemed to work.”

Liu Guang made a muffled sound in reply. He didn’t want to tell Cheng Nuo about his thoughts about a man’s honor. He could see that Cheng Nuo admired that hateful Bai Rui.

Cao Tuo’s cooking skills were much better than Liu Guang’s, and soon he came in with the stewed bear’s paw. He had also put in a variety of blood-nourishing ingredients and they could smell the fragrance from far away. The long-haired bear’s paw weighed around seven or eight pounds. Cao Tuo was hardworking and had cooked two big cauldrons full of stew.

Cheng Nuo was really hungry. He guessed that the two children had not eaten so he was going to let them eat with him but Cao Tuo hurriedly waved his hands to refuse his offer. There was a blind old man in his family that he needed to take care of. Liu Guang let him take the other two bear paws away.

The two people were gorging themselves with the bowl of food when Cheng Nuo suddenly remembered Bai Rui and quickly said: “Bai Rui has also been seriously injured… Xiao Guang, send him some of the remaining bear’s paws and medicine.”

Liu Guang’s mouth was also full of food. After listening to this sentence, he was almost choked on the food. Asking him to give food and medicine to that Bai boy? Impossible!

Liu Guang’s eyes widened in shock and he looked quite cute. Cheng Nuo couldn’t help but laugh and poke his bulging cheeks: “Actually Bai Rui is not bad, although he’s cold.”

Maybe these two very different children could be friends.

Liu Guang’s face turned red: “Yeah, right! He’s not a good person. Anyway, I didn’t ask for his help. I don’t want to send you to him! Don’t you go! Don’t go looking for other males!”

Cao Tuo later helped out. Because of Bai Rui’s fight with Chu Yunxuan, Cao Tuo’s admiration for Bai Rui was second only to Liu Guang. He immediately went to Bai Rui with the items but was quickly sent back.

Bai Rui glanced at him coldly. Cao Tuo had barely set foot on the doorway and stammered out an explanation. As a result, Bai Rui only said a short phrase: “No need.”

Cao Tuo was almost too afraid to breathe. When he returned his face was grey.

Cheng Nuo was speechless. Was Bai Rui so terrible? Although the air around him often felt dangerous, the brat’s self-important and extreme nature was such that he would disdain to threaten the weak. However, in this perverted world where the strong rule, Cao Tuo’s attitude towards Bai Rui wasn’t difficult to understand.

Cheng Nuo’s physique was much better than when he was on Earth. After three days, the swelling on his legs disappeared. The injuries on his shoulders had mostly healed and he couldn’t help but want to see Bai Rui. His most serious wounds were on his chest. His internal organ had certainly been injured. That little brat had no friends so Cheng Nuo was afraid that he would find it hard to eat hot meals.

However, when Cheng Nuo entered Bai Rui’s house, it was completely empty. He put the medicine for wounds and some food on the basket on the table then turned around, ready to leave. The vegetable fritters were freshly made, golden and crispy. There was also a think bone soup. The bowl he used for the soup was the same one that he had used before so Bai Rui should know that he was the one who sent it and he probably wouldn’t throw it out.

When he entered, he hadn’t paid much attention to his surroundings but when he was leaving he saw that there was a carved flower behind Bai Rui’s door panel. The flower looked a little like an orchid and the marks on it looked new, as though it had just been carved. The flower was three-dimensional and finely carved. Its shape is also beautiful

Cheng Nuo secretly wondered if Bai Rui’s hobby wasn’t just training but also carving. He really couldn’t imagine Bai Rui having an artistic hobby. He thought that if Bai Rui lived in modern times, he would definitely be the kind of serious kid who could win Olympic gold medals in primary school.

As he was thinking that, he was just about to leave when the door opened. Bai Rui, his lips pursed, walked in.

Bai Rui secretly released the deadly energy in his hand when he saw it was Cheng Nuo. He frowned: “How can you feel free to go into other people’s houses like this?”

“I haven’t been here except today…” Cheng Nuo didn’t notice his secretive movement. He just smiled and carefully looked at Bai Rui’s face. Bai Rui’s cheeks were still pale but he looked better than before although his face still didn’t have a child’s healthy glow. He said, in a tone as though he was an older brother talking to a younger brother, “Why don’t you give yourself time to heal? You’re running around right away. The soup’s still hot, drink it soon.”

Bai Rui ignored Cheng Nuo. He felt that something was wrong in the room, and the expression on his face immediately became alert.

Not good! Apart from Cheng Nuo, there are other people in the house! His eyes swept sharply around, but he found nothing unusual.

When Cheng Nuo saw him put on the attitude of a small adult, he smiled and said: “You carved the flower behind the door? Your skill is good. Where did you learn it…?”

Bai Rui quickly turned to look at the door and saw a familiar orchid.

Cheng Nuo noticed that something was wrong and hesitated: “What is it?”

Cheng Nuo was puzzled. He faintly guessed that there was a problem with the flower. He hesitated: “That flower wasn’t carved by you? Is there any problem?”

“It has nothing to do with you.” Bai Rui glanced at him, very cold. “Leave quickly.”

Cheng Nuo could detect that although Bai Rui wasn’t moving, he seemed to be tightly holding on to something in the palm of his hand. He had a bad premonition and blurted out, “Is it related to Lan Yue Camp?”

After all, their second in command suffered a loss here. Though Chu Yunxuan would not come himself because of the blood curse, there was no stopping others who might come looking for trouble!

Bai Rui’s expression became a little impatient. His speech became faster as he said: “It’s none of your business.”

Looking at his unusually anxious expression, Cheng Nuo became even more worried. He clasped Bai Rui’s shoulder and said, “What in the world is going on?”

Bai Rui didn’t answer. He very rudely pushed Cheng Nuo out of the door. The tone of his voice was very cold and strange: “You’re not qualified to ask about my business. If you’re too nosy, I’ll kill you.”

Cheng Nuo nearly stumbled. What was up with this attitude. It seemed that Bai Rui wouldn’t say anything. He went home angrily, resolved to ask Liu Guang about the carved flower. As for Bai Rui’s threat, he automatically ignored it. Bai Rui’s magical “logic” made him let even Chang Chun go so Cheng Nuo didn’t believe that Bai Rui would kill him.

Walking back from Bai Rui’s house, after a few turns in some narrow alleys, Cheng Nuo, who had been walking with his head down, suddenly found that someone was blocking his way. When he looked up, he was stunned. The one in front of him was actually a handsome young boy of twelve or thirteen years old dressed in sumptuous clothes. 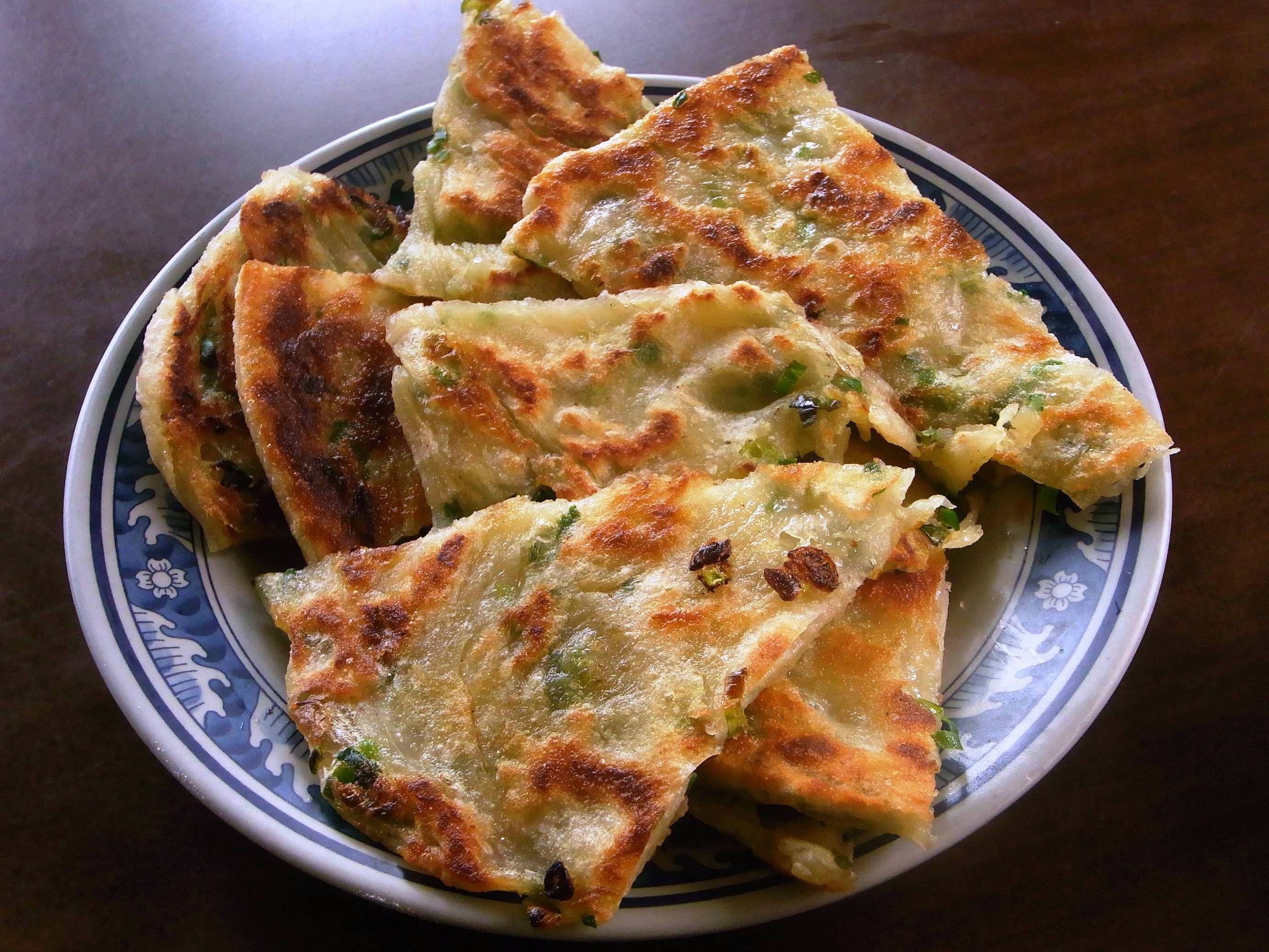