Since I’ve pretty finished the forest arc, I thought it was fitting to show some artwork related to the novel. Enjoy! (Be warned though, my drawing abilities are terrible)

Ok, let’s start with the most iconic piece from the novel: the INS. I drew this 2 years ago (!) but, as you can see, there are usually 3-4 chambers to place your fingers into. There’s a hatch and, below that, are the buttons that activate the INS.

I’ve simplified the mechanism a lot but, but that’s the business part of the INS. The chamber that stores the nanobots is also the same place which you can twist off and programme. Once you fit that back on, the nanobots’ functions are set in place.

As for the opening for nanobots to come out of, that varies (like I’ve annotated). The shields, for example, have their exits to the side of the INS. The one below is for the sword/blade.

Only allowed on Creativenovels.com
Dear Readers. Scrapers have recently been devasting our views. At this rate, the site (creativenovels .com) might...let's just hope it doesn't come to that. If you are reading on a scraper site. Please don't. 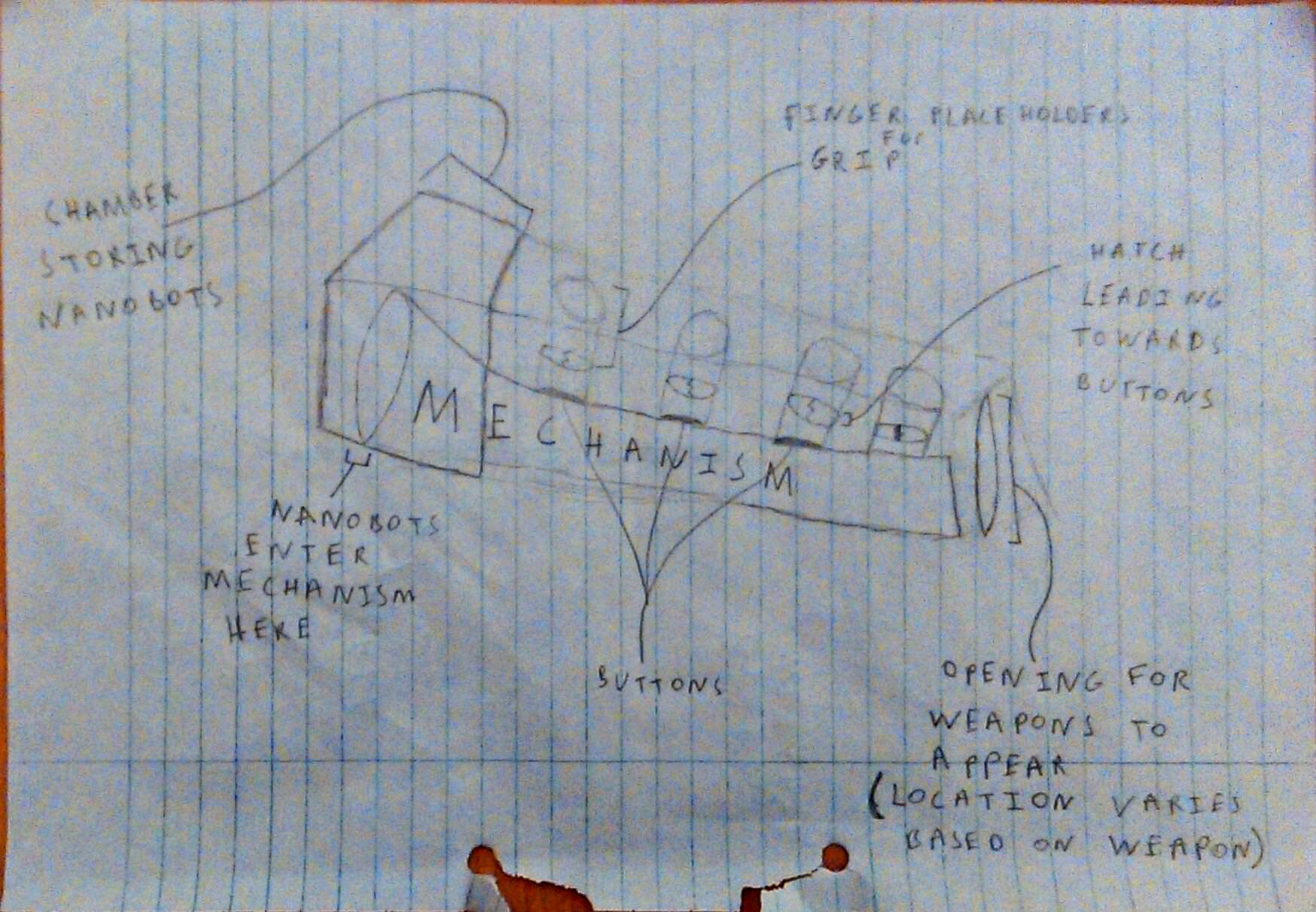 Next come the gauntlets, shields and blades. Again, I drew this 2+ years ago. The gauntlets Alder gave Gin in chapter 9 have two slots. One fitted the blade INS. The other fitted the shield INS (shown below). As you can see, branches grow out of the Xernim1XernimA parasitical entity that sometimes benefits its host, entering the chambers. Obviously, this in turn activates the INS, giving you what you see below. 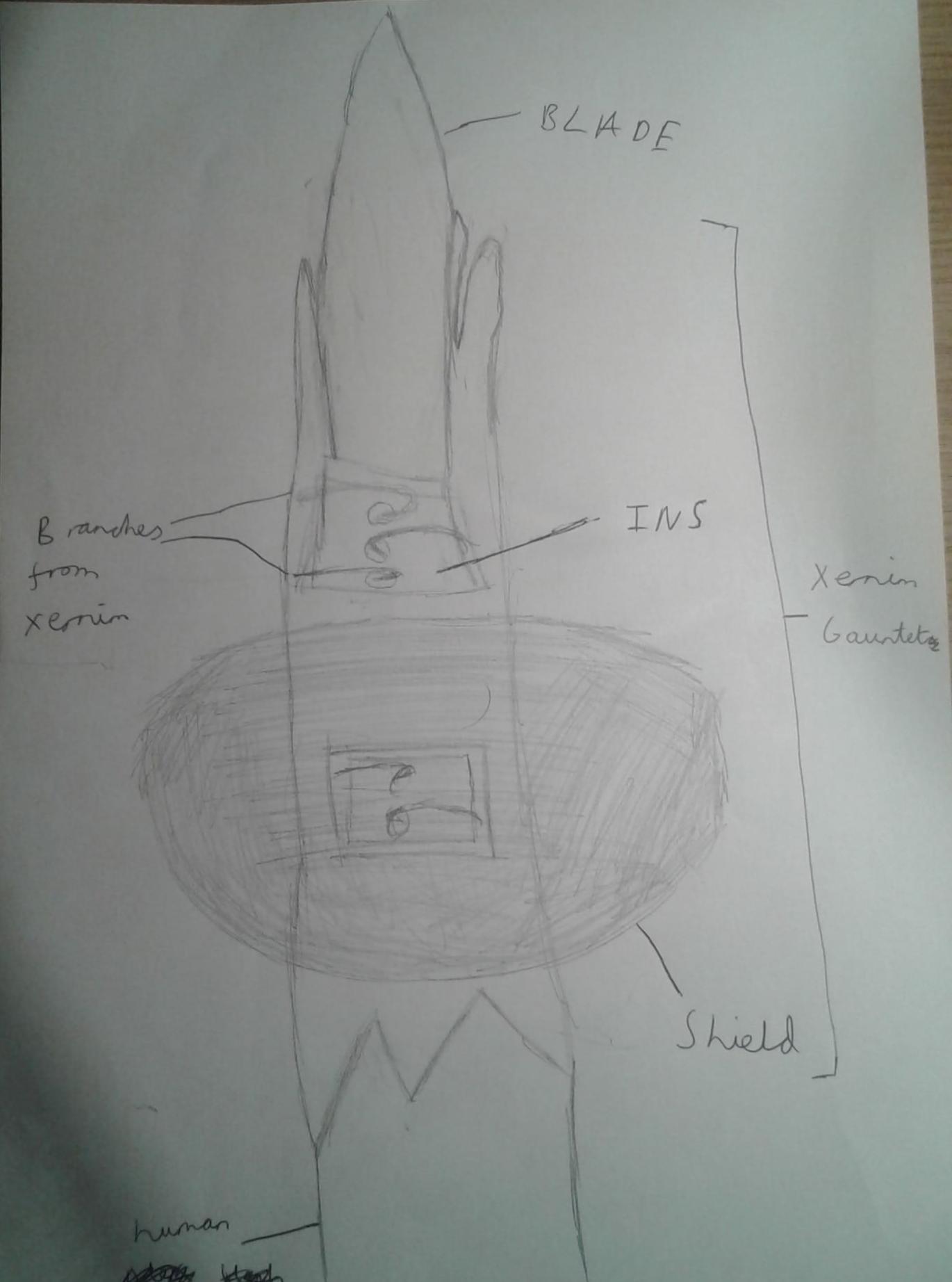 The gauntlets by themselves would probably look something like this: 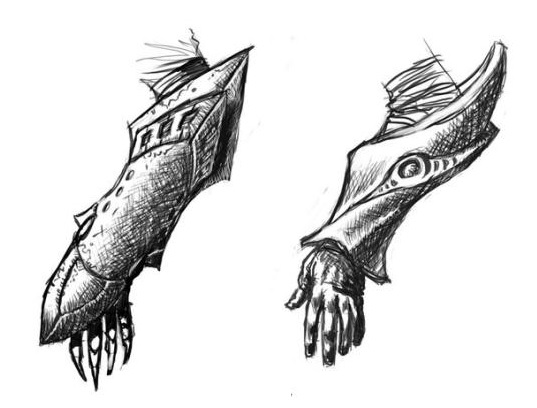 The picture above was a sketch by a friend of mine. Gin’s hands look closer to the firsts’ (claw-like due to the Xernim covering his hand) while the gauntlets themselves would look closer to the second. Neither drawings are quite what I’m going for, (second is more tight to the skin instead of the bit sticking out) but they still prove a decent illustration.

For a clean version of the gauntlets, it’ll look like something below (this is computer-drawn version). However, that is still not quite what it looks like. It’s a bit rougher and similar to an oak tree’s bark in terms of texture. Also, that’s a tinoo sitting next to the gauntlets. You’ll recognise this picture from the front cover too. Pretty cool, right? 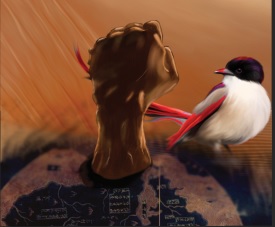 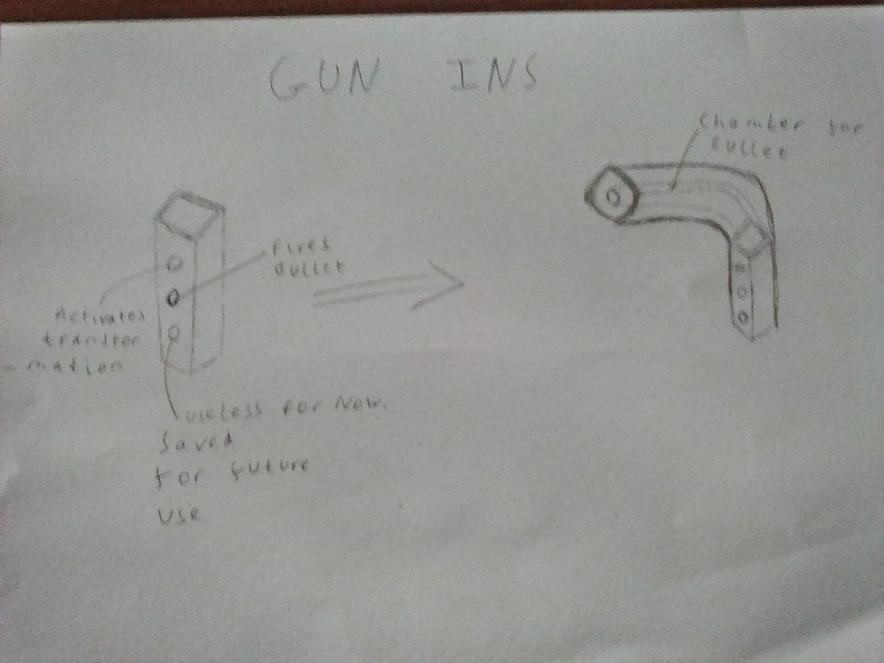 Now comes the juicy part. The map below is between chapter 24 and 25 I believe. The dots represent Brim’s battalion heading to the camp. The burning forest is after the events of chapter 22. Oasis is somewhere to the side. This isn’t drawn to scale though and trees are just a mishmash. Not really representative of what they actually look like. Also, definitely not drawing to scale. Probably a bit more stretched. 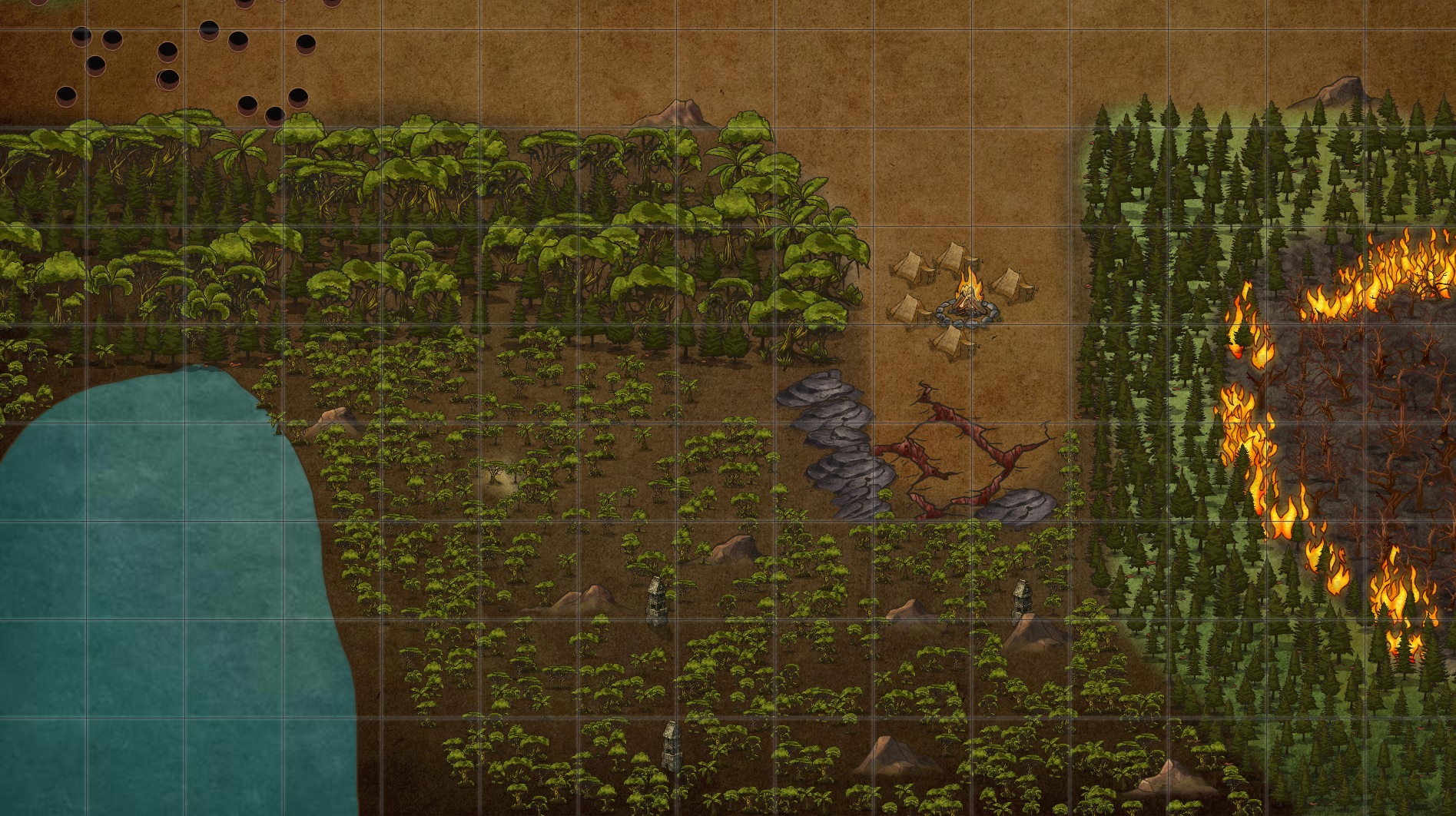 And this was the hand-drawn version that includes what the ground looked underneath to make such an oasis and random forest in the desert: 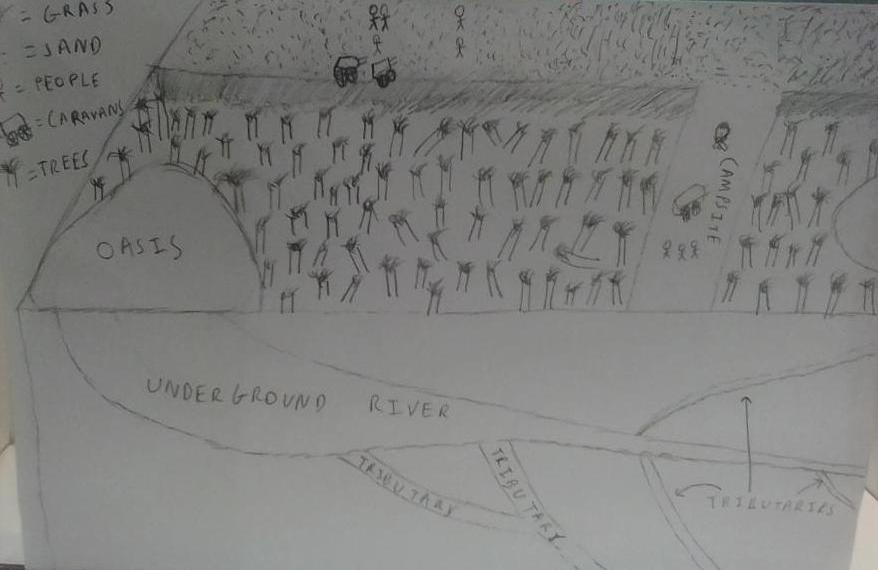 There’s a lot of tributaries and an underground river that feeds into the oasis.
Now for the map of squadron W’s and AAA’s journey. As you’ll see, I’m a much better map drawer than an artist. I’ve even added the difference between the lands between our times and the story’s time. Mentioned before in the “meeting between battalion leaders chapter”, Gin notices that most of the land between Africa and Europe is gone and ‘The Path’ is all that’s left! 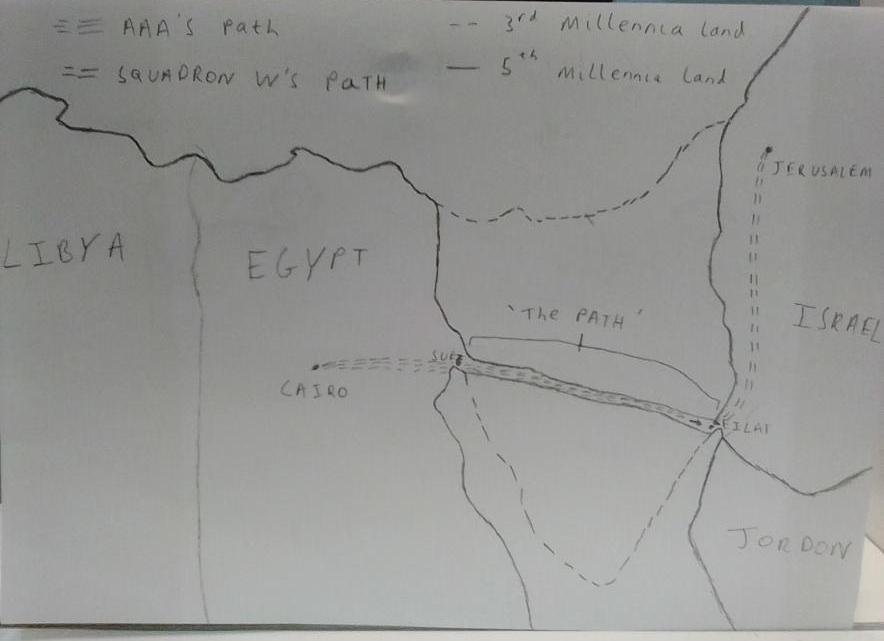 Final image. Not a drawing by me or people I know, but this is the inspiration for my baby mage-eater:

Mage-eaters are black and have long tongues though, which is where the differences reside with the picture above.

- my thoughts:
Well, that's about it for my drawings, artwork and inspirations for Magikind. I hope you enjoyed reading the novel because I enjoy researching and writing it!
You may also like: