Princess and the General

Gu Huai Jiang was born from a military lineage, his figure lofty. Despite being surrounded in the middle of a bunch of officials, his line of sight was not obstructed in the least.

Seeing that person keeping away from the crowd, he quickly called out to stop him, and at the same time, use the opportunity to walk out of the encircling crowd.

Being called out, Yin Yan stopped in his tracks and faintly lifted up his jaw, as he aloofly stood in his original spot, waiting for Gu Huai Jiang.

When Gu Huai Jiang approached, he then continued walking forward. The gold belt on his dark purple official’s gown was particularly dazzling and straight.

In the court of Eastern Ling, when the two with the noblest status walked together, others naturally all withdrew.

Gu Huai Jiang stood alongside him shoulder to shoulder. Although his figure was much taller than him, but when he spoke, he deliberately lowered his head, making his posture appear very humble.

“Prime Minister Yin has had it rough recently. I’ve been at the borders for a long time, so the matters of the court still need to trouble prime minister to spare the effort.”

This originally was just the ever so common words of courtesy, yet Prime Minister Yin suddenly halted his steps. A pair of sharp eyes gazed towards Gu Huai Jiang.

“What is Marquis Gu saying? As the prime minister, this official naturally needs to expend the effort for the matters of the court. How is it related to whether Marquis Gu has been at the borders for a long time or not?”

Gu Huai Jiang was choked by his words.

He although was born into a military family, his temper wasn’t irritable. Towards this prime minister who was always hostile towards him, he furthermore showed consideration for.

When he was about to open his mouth, he just saw Yin Yan look behind him, exposing a mocking smile.

“It’s better if Marquis Gu doesn’t walk together with this official. This official doesn’t know how to say any flattering words. If Marquis Gu wants to hear, there’s naturally plenty of people behind you that want to say.”

With that said, he snorted through his nose, lifted his foot, and walked away, not even bowing to bid a farewell.

Old Jin who was following behind Gu Huai Jiang instantly got angry.

“Great General, what is that attitude of his? If not for little Miss Yu Fu, you would’ve died from poison this time. You’ve risked your life for Eastern Ling for decades, why should you still have to endure this bird brain’s anger?”

“How is he not? Prime Minister Yin’s character is harsh and easily jealous, and his name is also called ‘falcon(Yin) eye(Yan)’. In private, the court officials gave him a nickname called ‘big black falcon’. Isn’t he precisely a bird.”

(T/N: Not really the meaning of the characters for his name, but just characters that sound the same.)

Gu Huai Jiang turned his head and silently glanced at the two of them.

Just a glance, yet it was even more terrifying than being strictly reprimanded.

“How many times have I told you two, you mustn’t rashly discuss the court officials behind their back. Prime Minister Yin although handles things inappropriately sometimes, he is still honored as the Prime Minister. The discord between the General and Prime Minister is bound to cause meaningless conflict in court, wouldn’t this only increase Eastern Ling’s internal friction?”

The people of Western were barbaric and warlike and repeatedly invaded Eastern Ling. Eastern Ling’s peace and prosperity wasn’t as stable as it appeared on the surface.

If he were to lose a single battle at the borders, don’t know how many commoners at the border station will perish from the massacre.

That’s why, he particularly wished for the stability of the imperial court and unwilling to have any conflict with Prime Minister Yin.

“But for the two to be in harmony, it can’t just be Great General you wishing for it alone! That bird……that Prime Minister Yin isn’t willing to be friendly and always resent out of jealousy your feats. Yet you time and time again humble yourself to get close to him, this one really can’t keep on watching anymore!”

“This is nothing. If humbling myself some in front of Prime Minister Yin can bring peace and stability to the court in exchange, then I’m wholeheartedly willing to do so.”

Gu Huai Jiang didn’t care at all, only leaving behind these words, and headed towards the palace gates in large strides.

Old Jin and Yan Hua Shi could only looked to one another and helplessly followed after.

Once he returned to the Marquis Manor, Gu Huai Jiang asked about Yu Fu first thing.

The amicable looking old steward went up and replied. Gu Huai Jiang gave him a glance, and slightly furrowed his brows.

“How many times have I told you, you’re already elderly in years, so no need to come up and serve. Qi Zhou is very skillful around the manor, so don’t worry about this many things.”

The old steward was call Qi An. This year he was already seventy, and an old servant that once served the elder generation. Gu Huai Jiang has always been respectful towards him.

The servants in the manor also revered this old steward like half a master.

The old man slightly lowered his head and said with a smile, “This one is indebted to marquis taking pity on these old bones and letting my son, Qi Zhou continue serving at the manor’s steward. Just, receiving marquis’s benevolence, how can I just sit at home and enjoy myself? If I don’t come up to serve marquis and the young masters, my heart is difficult to be at peace!”

Gu Huai Jiang listened to his words and thought to instruct Qi Zhou later to not let his old father stress over these things.

“What dessert is this?”

Just hearing the little girl’s voice, they could imagine her gluttonous little appearance.

Gu Huai Jiang stood outside the door, using his hand to stop the servants from going to report, and listened to the movements inside. 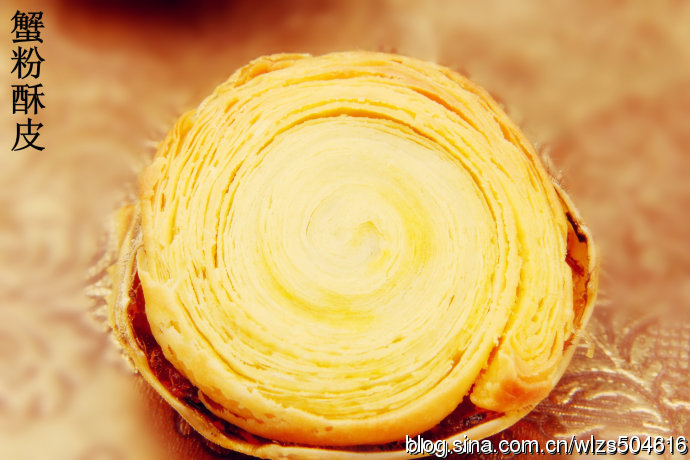 Gu Yi had a face full of shock, with a look of a wealthy family young master not eating the food of the common mortals. He stood up and handed a piece of flaky pastry to Yu Fu.

She reached out her two hands to accept it. Just when Gu Yi was about to place the pastry into her palm, Gu Yi instead retracted his hand all of a sudden and shoved it into his own mouth.

Yu Fu’s complexion instantly turned into disappointment. Her little face looked pitiful, like she was about to cry.

Yu Fu was still this small, if they were to tease her into tears, later when father returned, how were they going to explain?

The latter looked to Yu Fu’s pitiful expression, and further felt delighted from his mischief. He began laughing out loud with the pastry still in his mouth.

The golden flakes and crumbs in his mouth flew out along with his laughter.

Yu Fu’s stature was short, and standing next to him, she’d just happened to catch everything with the top of her head.

Gu Yi’s mouth was still bulging from the flaky pastry. At this moment, he could neither swallow nor spit, and could only hold it in his cheek.

Looking at him now, his handsome face, one side bulging, one side normal, appeared very cute.

However, Gu Huai Jiang wasn’t amused by his appearance, and only faintly glanced at the two of them.

“Before I entered the palace today, what did I say to you all?”

Gu Yi’s head was buzzing. He knew that his father was interrogating, and was extremely anxious.

With great difficulty, he finally swallowed that large piece of pastry. Because he’d swallowed too forcefully, his neck reddened. However, he still quickly went forward to ask for Gu Huai Jiang’s forgiveness.

Qi An, who was standing behind Gu Huai Jiang, glanced to Gu Yi in praise. Thinking to himself, after being beat for this many years, he finally learned to how to extinguish Gu Huai Jiang’s anger before he explodes.