Author’s note: next chapter we have Luce and Alenaire meeting for the first time! Squee~

The Royal court had become busy ever since the birth of the princess, and many adventurers, merchants, high priests and priestesses, commoners, and gentry, came to pay respects to their King. They brought with them gifts for the princess, even if some could only present a bottle of milk. The Grand Master of Ceremonies introduced each one of the guests to His Majesty the King, and the guests in turn bowed low in subservience.

The King was a good man who did not judge a person’s worth simply by their clothes or appearance, and he welcomed any gift that they brought, even if it was just a simple sack of radishes. It was the thought that counted, and he was touched that even the simple commoners would gift away a portion of their yield, when it was quite meager in the first place.

The Kingdom of Alastriona was unique, as both the King and Queen shared power equally. Both their words were law, and one could even say that if you wanted to please the King, you had to curry favor with the Queen first. Both monarchs usually sat side by side on gilded thrones on the dais, and either one of them would remain if the other was indisposed.

“I congratulate His and Her Majesty for the birth of the princess Alenaire!”

“We bring three gallons of milk for the princess!”

“Silk for the princess!”

“We have beautiful jewelry which the princess will surely love!”

“My crops have not yield much abundance these past few months, but I at least can give away two sacks of wheat for His Majesty’s family!”

The King was immensely pleased. All those that were in attendance were given a great banquet. This banquet lasted for many months onward, which now welcomed anyone: from the people of the outskirts to the ones in the capital city.

Since taxes were low in the kingdom, the citizens earned and spent their money freely and generously, choosing to spend their money in bettering their lives. The common houses were beautifully constructed, their colors differing from one another, and it was as if the citizens were secretly battling over which house was the best. Of course, the noble’s houses were not included in this battle, as they had already lavish estates since generations past.

The kingdom was also involved in many forms of trade, with high demand for exports. Hence, this yielded a very large annual revenue which increased the kingdom’s treasury. Clearly, the kingdom did not lack in monetary support, which was why festivals and royal banquets were common.

General Cassius did not have time to visit the King. After the birth of his son, he couldn’t stay away from his wife in worry. Was his wife feeling cold? Did his wife need a drink? Was the baby having a fever? Why did the baby look like him and not his wife?!

General Cassius was also the Minister of War, where he was in charge of the military branch of the kingdom, which also included the Royal Knights. He sometimes left the manor in order to check up on the captains of each squad, but saw that they were busy with the festivities and did not need to be so uptight. Although they stayed vigilant in case any enemy kingdom would attack, they were still drawn to the gaiety in the air.

And so, General Cassius told the Royal Secretary to inform His Majesty of his temporary leave of absence. He would come back once his wife was better (although there was sincerely nothing wrong with her whatsoever).

“Don’t you have an army to look after?” Lady Evadne raised an eyebrow at her husband one afternoon. She was holding the standing Luce as he wobbled on his small legs.

“I do drop by sometimes!” General Cassius defended himself.

“How long has your leave of absence been?” Lady Evadne looked at her husband sharply.

General Cassius coughed and pretended to hear someone calling him in the distance.

“Oh no, you’re not getting away from me.” Lady Evadne held Luce in her arms as she tiptoed to glare at her husband straight in the eye. “Tell me. How long has it been.” Each word she said was like a knife stabbing his heart.

“Possibly one…” General Cassius sweated, looking at the birds chirping outside the window. If possible, he wanted the birds to knock him out cold. His wife was like a raging dragon when provoked, and she was even scarier than the impression his subordinates had of himself.

“One month?” Lady Evadne looked at him skeptically.

“One year…” Lady Evadne pinched him in the stomach before he could spurt any asinine excuses. Although her husband’s body was rock solid, she knew of the soft places where it would hurt quite a bit. She held Luce upright with her other arm as the General winced at the small pain in his abdomen. It felt more like a bee sting in his opinion, but he kept his mouth shut lest his wife breathes fire on him.

“Are you taking advantage of His Majesty’s magnanimity?” She roared. Luce trembled in her arms, but did not cry out. “Sure you’ve got the power and skill to be the Great General, but being off the job for one year or perhaps even more?! Be careful you’ll lose the job you painstakingly worked hard for!”

General Cassius wiped away the sweat on his forehead with a back of a ruddy hand. “Calm down, my dear. As I said, I do drop by every week or so…”

“Get your lazy ass out of this house and start working! You’re lucky you still get paid despite loafing around!” Lady Evadne was burning with so much outrage that Luce started crying. She immediately retracted her baleful aura and hugged Luce. “There, there, my love. I’m sorry mama is scary. Your papa said he would introduce you to His Majesty soon so you could be the princess’ knight, yet he still hasn’t done so! Your papa is bad!”

Luce looked at his daddy with knitted brows, the edges of his eyes still tearing up. He echoed, “Papa bad!”

The aforesaid papa was immediately sent into a spiral of depression. 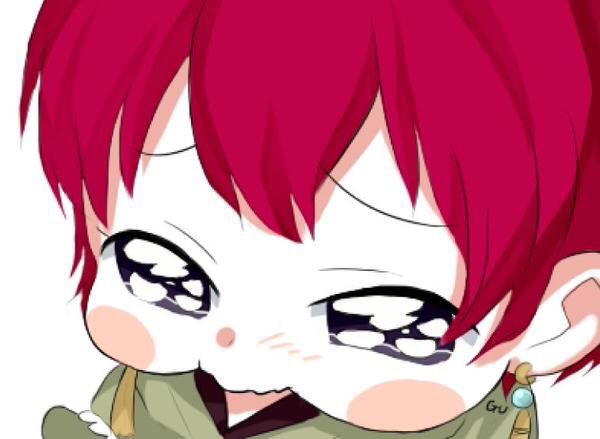