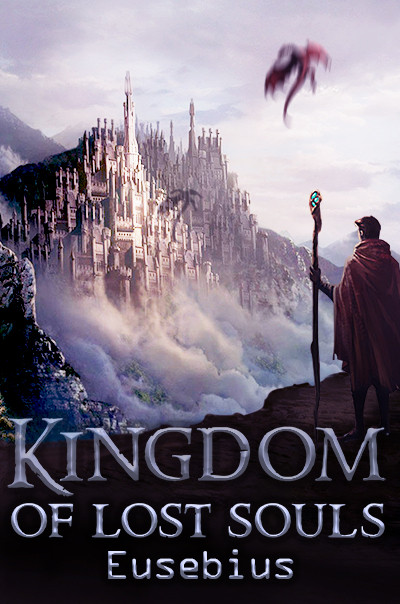 ‘General Eusebius!’ I cried out.

‘What is it messenger?’ the general replied.

‘We’ve got it. We’ve retrieved the sacred texts!’

I handed the book over to the general. He took it, flicking through the pages.

‘To think they stole my life’s work, ‘Kingdom of Lost Souls’. Oh well, Excellent. They can’t use it as hostage now,’ he mused. ‘Prepare the cavalry, load the trebuchets and get ready for battle.’

‘Final thing, messenger. Record my achievements and put them in a post. The public all need to know about me and my exploits.’

‘Here: Link We got the enemy now. This war is ours.’

Q: Welcome everyone! It’s time for another interview and today I am joined by Eusebius, our latest author on CrN. Welcome Eusebius, please introduce yourself to the audience.

A: Hello everyone. The name is Eusebius. I’m a student at a history University, more exactly the archaeology branch and, in my free time, I practice martial arts. Music preferences I have mostly for old-school rap, rock as in folk metal and alternative. I’m okay with some pop, orchestral music, trap, dubstep and so on, but I do prefer the first two. My age is 20 years old and I’m a rather chill person. If I’m not training, studying or editing, I prefer to read something or play some games with whoever wishes.

Q: Martial arts? What do you do in particular?

A:  Yes. I used to do martial arts at a dojo nearby my home, but after I started uni I had to give it up because the programs were overlapping. I still wished to practice even without a master so I started to train myself on my own at home, be it through books or by watching videos. I might not have the same space as in a dojo but you can do a lot of things in a 3 m cube zone. As for a respective martial style, I did some Qwan ki do and Tai-chi but I still wished to know more diverse styles, so I searched on the internet and focused some hours from my time to train in different forms of martial arts. Well, lately with the novel I didn’t have the same time, but I will try to fix my schedule and get back on track.

Q: Also…history? Does this play a role in your novel?

A: I used some strategy for the war scenes and to present the differences between how royalties would do things now and how they did before. Well, being a fantasy world, the strategies had to be a little bit modified and combined with the more modern ones.

Q: Already off to an interesting start. Let’s follow that up by properly talking about your novel. What’s it called?

A: Ahaha~ I keep on forgetting to say the name. Is called ‘Kingdom of Lost Souls’.

A: Well, is quite varied. The novel is about two unique friends transported to another world, together with a few thousands of other people. This transportation is something like a ‘last resold’ of the so-called gods. These two friends will try to make a place for ‘lost’ people with no homes, family or place to live in; in the end, building an entire kingdom. They will accustom more and more unique characters and create a group of elites that would become the backbone of the kingdom. These characters are from both the new and the old world respectively, each one of them with their own story. Of course, it won’t be so simple. The other kingdoms would try to go against them while the empires would wish to conquer, subdue and even eradicate them. What’s more, the demonic beasts won’t stay quiet either. For the description of the two friends, they are quite alike but with some differences: The first one, Shen, is not allowed to kill with his own hands in this life, while at the same time he acquires knowledge and memories from past lives (yes, more lives). His friend is Ryu. A young man with a tragic past and a love for troubles and fighting. Both of them have their own inner demons and challenges, travelling the world separately but at the same time, keeping in contact through telepathy. Well, you could say this is the basic idea of the novel, but what remained I can’t call as ‘details’ either. To know what’s inside the box one has to look for himself, so I wish I made you curious enough with only this much.

Q: From what I’ve heard, you’ve already got about a hundred chapters stored. That’s a lot of writing. Were there any difficulties you had to face?

A: Difficulties? Oho~ many. First, it was my punctuation, then I had to redo some parts that seemed to be too aggressive for the reader, things that some people call as “no-nos”. After that, I had to edit the grammatical mistakes together with how my sentences were formulated. All in all, a lot of work. What really encouraged me, were the people who helped me with ideas, editing, correcting and reviewing. I had a lot of unexpected support and from a lot of people, telling me how I should write, where the comma supposed to be placed, how to form some sentences, and so on. Even though the help was only for the first chapters, it was enough to make me understand what I was lacking and where I had to improve. I don’t know if I can pronounce their names here but at least let me say my thanks for supporting and helping me out. You the MVP guys!

A: Yes. As an aspiring author, what you’ll really need to look after from a reader are his criticisms. Many people can praise you and even more can insult your work, but just a few can give constructive criticism which will help you in improving yourself. For the praises and insults say your thanks and use them as motivation because, they are the ones who’ll look forward to your next work’s appearance; while for the constructive criticisms, say your heartfelt gratitude because that’s what will help you improve yourself to create even better stories. As for how to get these readers… you can always ask for someone to beta-read some little parts, right? Their comments will help you to make another step so don’t be afraid to show your work to others, even if unfinished and filled with mistakes.

Q: I see. Final question before we finish. Eusebius is a strange name. One that even I’m not sure I’m pronouncing correctly (yuse-bee-us). How did you come up with that name?

A: Boahahaha~ You can pronounce it normally (E-use-bius). Well, as a history student, I had to choose a name befitting, right? The name comes from Eusebius of Caesarea (A bishop and historian of Christianity) and I choose his name only because is the closest one to mine. I will let you guess what my name is.

A: Well, I don’t really know jokes but I do know a little story. While in the airport, a dog ran after a friend of mine for cuddles. The dog slept on his leg while he was sitting down and everyone looked at him as if one would look at a criminal… When he looked better at the dog’s collar, he finally understood everything. The dog was from the security, an anti-drugs trained dog. After that event, he had to give some explanations to the airport security. It was funny mainly because the dog only wanted some love but ended up placing my friend in some difficulty.

That’s it for the interview. Link to the novel is listed above. Thank you again for joining me and I hope your release is a great success!