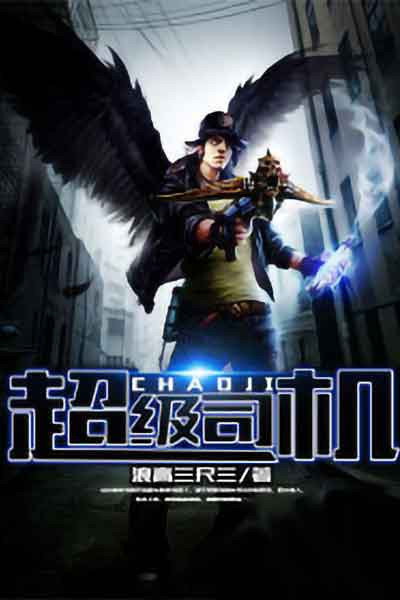 “Hey, everyone, the taxi’s here!” I called out.

We climbed into the vehicle and notice some books attached to the back of the front seats while a man looked back at us with a big smile.

“Hi. I’m your taxi driver, Goldfish,” she said. “Feel free to browse the catalogues during your journey”

Interested in the wares, (and uninterested in my rowdy entourage), I picked up two of them. The first was a magazine with the face of the taxi driver on the front, talking about an interview, while the other was a novel called ‘Super Driver, translated by Goldfish only found on CrN‘.

I just shrugged and opened them up. At least I had something to read for the journey.

Q: Welcome ladies and gentleman for another interview. This time we’re joined by translator goldfish. Welcome, goldfish. Give a brief introduction of yourself to the audience.

A: Helllooooo everyone. I’m goldfish. I’m a university student from Malaysia. I live with my parents and my brother. I love to dance, sing, go on solo trips to other countries, design, taking selfies, record videos and…try new things. *coughs* I’m pretty shy and quiet when we first meet but very talkative and a pain in your butt after getting know you. *laughs* Lastly, I found out about this super friendly and helpful community call CrN through my cousin. Thanks, dude!

Q: Malaysia, eh? We got quite a few from there. How do you find the country?

A: *Turns into serious mode* I think Malaysia is a country that consists of many talented people who are usually shadowed by various factors and not nurtured or given opportunities. Not only those talents but also natural resources that are really precious and can be used are given away. However, there are people who are changing this, making things better and improving Malaysia. Young influencers on various social media sending messages to the people. So, in my opinion, I find my country good but can be improved. All seriousness aside, I like that we have summer almost all year round because who wouldn’t like some cold ice creams during a hot weather? Yum!

Q: How long have you been translating?

A: Ever since I joined CrN…so for about a month.

Q: With intros out of the way, let’s get From my notes, you’re going to translate ‘Super Driver’. What is this novel about?

A: It’s a city genre novel and it’s basically about a taxi driver who is a really humble, honest and helpful man. This driver always fights for justice -literally-. There are many situations in the novel that we often face in real life and most of the time, people would keep quiet in that situation but this driver is always the one to back you up and stand up for your justice which is what kept me hooked on to the novel. However, this old driver has a secret that no one knows! Many had wondered how was he so extraordinary, was he REALLY a taxi driver? Or was he just someone in disguise..? A liar? Hmmm… Well, let me give you a little hint: The driver has a special item! Did you really think he could help all those beautiful damsels in distress or involved in fights without any help?! Well, well, well…  I’m not going to reveal any more secrets. Readers just have to read to find out more! Pssttt, there’s some preternatural involved too *winks*

Q: It’s a ‘city genre’? That’s not a term you hear every day. What does it entail?

A: To me, a city genre involves modern time situations that readers can relate to. It writes about modern technologies and uses slangs for youngsters. This sparks life to the novel, its characters and even to the readers. Plus a little humour as the sub-genre, one would definitely be hooked.

Q: Were there any difficulties when attempting to translate this novel?

A: Yes. I’m not a person who catches up with the slang used by youngsters. *Coughs* So there were times when I had to search those slangs on the Internet to understand what they meant. This novel also involves characters from the history of China so I had to brush up my knowledge of that too.

Q: Do you have any advice for aspiring translators?

A: I’m a new translator as well…but I’ll say try to manage your time properly. I’m sure most people have hobbies that they have to set aside to make space for life. I’m one too. *Insert crying while smiling emoji* That’s what makes life interesting, isn’t it? *Laughs*

Q: We’re almost done with the interview. Before we finish, why did you choose goldfish as your pen name?

A: Simple. I have a memory span of a goldfish. Did you know that scientists are actually saying that the myth about goldfish having a 3-second memory is fake though?!

A: I asked a guy sitting next to me if he had any Sodium Hypobromite…and..and.. *blinks* Wait, what were we talking about again? I forgot.

That’s it for the interview. Thanks again for joining me and I hope your latest release is a great success! Links to the story are above in the intro.