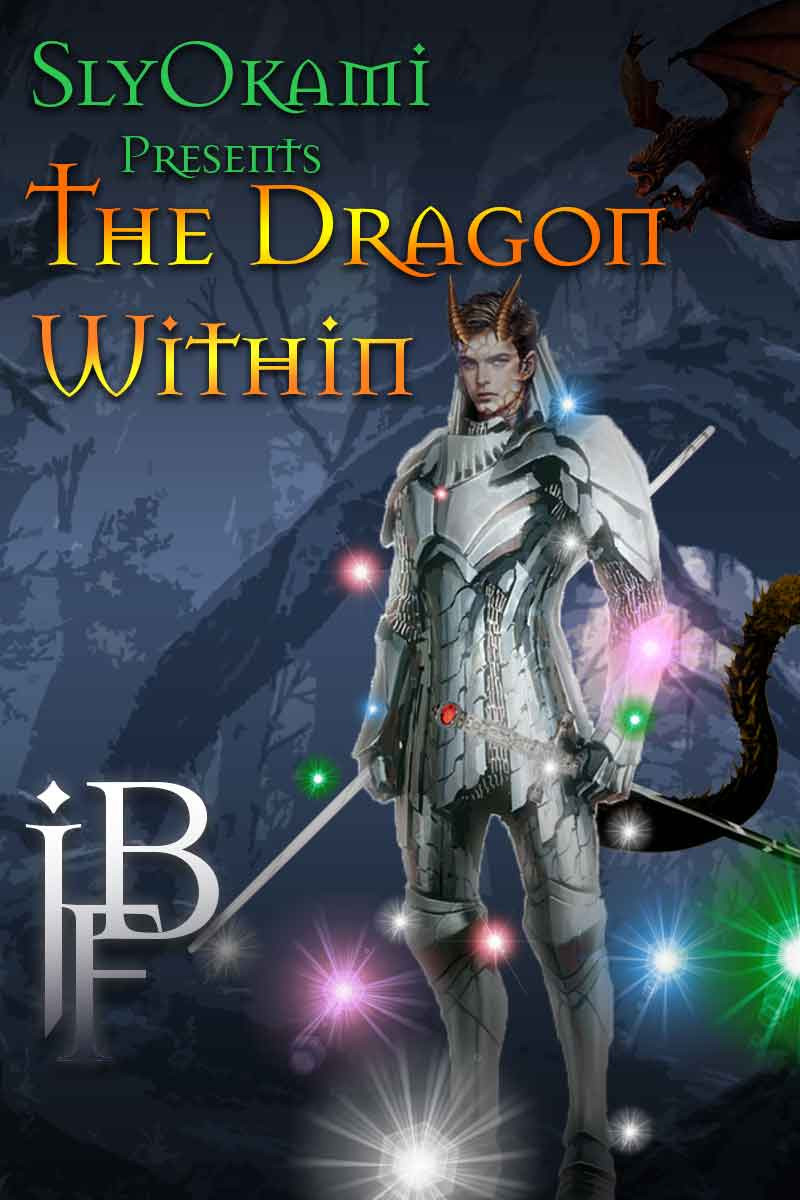 I was lost. I was tired. I was hungry. Wading through the enchanted forest, I needed to find a way out, but each turn led me back to where I started. In desperation, I howled, crying for some salvation. That’s when a majestic wolf with sleek, black fur and a commanding aura around it leaped out of nowhere. Afraid, I began to run but its voice stopped me in my tracks.

‘You are lost, little lamb, might I be of some assistance?’ it said.

‘Who are you?’ I whimpered.

‘I am the guardian of the forest, SlyOkami. I can help you escape but I have one request.’

‘W-w-what do you want from me?’ ‘Listen to my tale and share it to the world. It’s about time I make my presence known.’

And so I complied, listening to its story and got familiar with the mystical wolf. I recorded our conversation here: Interview as well as his story which I shared here: Story I hope everyone will believe me and check them out!

Q: We’re back with another interview! Last time we did one with one of our old veterans, so we’re doing a full U-turn and interviewing our latest addition to the CrN team, SlyOkami. Welcome, Okami. Give the audience a brief introduction of yourself.

A: Greeting denizens of the real world, for I am Okami, one who delves into the deepest recesses of imagination…Jokes aside, and roleplay…Hey! I am indeed SlyOkami and I love dramatic writing, shounen anime and manga, oh and team action video games!

Q: (Another one of those type of people. We get them a lot, don’t we?) And you’re joining CrN with your novel, The Dragon Within. What is it about?

A: *Clears throat* Erikathyr, once a proud young drake of the White Dragon Clan, was felled by seven great heroes who’s quest was to end his rampage. A destruction which left their entire world asunder, losing them each of their lives as well as gaining the young beast a title that would never be forgotten by either the land or its people. The Destroyer, they called Erikathyr, told to be a demon as much as a dragon… Little they knew though, that it wasn’t the end for this ‘Destroyer’ just yet…

A: As Erikathyr now stood before the judging empty eyesockets of Death itself!

Grim’s decision was, strangely enough, that this drake was unfit for both heaven and hell. Deciding to teach the drake a lesson instead, and make use of it for its own agenda, Grim revived Erikathyr back into the world of Faetera which he came from.

But not as a mighty drake…Oh no, poor Erik was reborn as a feeble Human! A short one at that!

With a tattered and corrupted landscape before him, Erik now sought only to survive and prove himself once more. Prove himself, to the family and people which no longer walked these lands…

Q: He’s a monster, isn’t he guys [referring to okami]?

A: Finding that his fate was thankfully not to scour the dead lands, but instead to rise as the Guardian of this world once more, as his people used to be known. Erik met with many lesser beings along the way, some more interesting than others. And while he taught them how to be strong, they taught him many more things he as a dragon believed he required not to know…or feel.

A journey lay ahead for Erik, and the path before him twisted, turned, and divided into many choices!

But what kind of journey will this revived drake choose to walk? With many options before him, maybe one of revenge? One of greed? Maybe one of sloth!…No, Erik chose from the very start to walk the path of redemption, and that path he continued to walk. Through many powerful foes, which made him falter. Through the many events which gave him knowledge of the past, a past that made him question his actions both before and now.

Everything before Erik tried to lead him astray.
Everything, but the companions who chose to walk with him.

But…
Will these companions, prove to be enough?

Q: Did you just explain the whole plot to us?

A: Actually that was halfway backstory and about some of the prologue?… Want me to talk about actual plot points?

Q: No…I think we’ll run out of time if we did that. Moving on, apart from the obvious monologuing, have you picked up any other quirks while writing?

A: Oh yes, two of note really. One being that no matter what I’m doing, I’m always on the lookout for inspiration. Anything that happens around me, If I find it even somewhat interesting, I’ll take note to see what kind of plot point, scenario or event I can write out of it! The second being that, I like to pay attention to my readers a lot. Be it reviews or just comments, I absolutely love interacting with them, answering their questions and conversing about their thoughts on what the **** just happened.

Q: Were there any difficulties you’ve faced as an author?

A: Early on I had quite a bit of issue with both grammar and spelling, spent two years writing meagre at best stories and just trying my hand at improving. It was slow, it was dreary, but hey I can’t say it was for nothing. English not being my first language made it a bit harder I guess, but honestly, in my opinion, anyone that says that is simply using an excuse.

Q: I actually have some interesting intel on you. You get really invested in your characters. Is there a certain story you’d like to share?

A: Ah, well it mostly has to do with my second completed novel. Many may not know but, the names used for the main characters in that novel were names taken from in-game people I actually know or used to know. Which in turn, made it so much easier to get invested in those characters. Moving on from that novel, I then began using other things to fully invest myself in new characters, because it truly made me understand the power I had over their stories. Over their fate.

Q: What do you mean by “using other things to fully invest yourself”…?

A: Mostly, music. Every character I ever make that falls under ‘Main characters’, I assign two to three songs to them which in my mind define their backstory, personality, and fate. I also tend to share the music I listen to while writing certain scenes in my stories ^ ^

Q: With all this experience, you must have some advice for aspiring authors, right?

A: Most other authors will give you three core advice; Plan out, Take notes, Build characters before you decide if they’re going to die or not. Me? I only give you one; Don’t give up, no matter how bad your grammar or spelling is, no matter how unliked your plotlines may be. Don’t write for others, but instead write for yourself. That, in my honest opinion, is when you truly start to enjoy being an Author.

Q: Before we finish, what’s the origin of your pen name?

A: It’s a simple mixture of my old in-game name Spy, turned to Sly, adding on my real name changed through different languages; Those being Turkish to gain the word Wolf from my real name, then Japanese to turn Wolf into Okami 🙂

A: Why did the chicken cross the road?…

Cause there’s a blade-clawed, needle-fanged, spike-scaled, scythe-tailed and winged, spawn of nightmares going absolutely berzerk on that side of town!…

That’s it for the interview! Thanks to SlyOkami for joining me today and I hope your novel will be a great success! Links are at the top of the page.