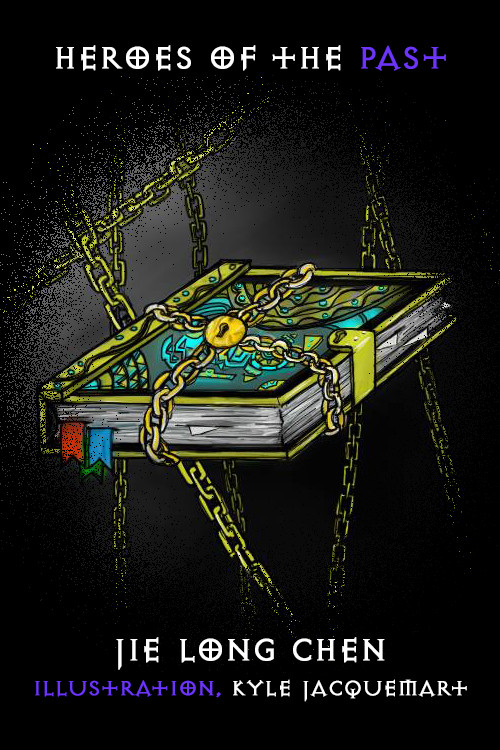 Evening class. Professor Baker here with the lesson today. But first of all, let’s recap what we covered last time.

Question 1: Which novel has some supernatural events, heroes, danger and some plucky protagonists? Hint: The creator of the novel is Delta0G.

Really? No one? Does no one remember me going over Heroes of the Past? *sigh* I see all of you are doomed to fail my class then. I doubt you can answer anything else, so here: Heroes of the Past. I expect everyone to read this and give me a review by next week, got it?

Oh, and to help with your research, here is some extra material: Research Material. I especially recommend reading the author’s interview for extra credit. Now onto the actual lesson…

Q: Welcome everyone! It’s time for another interview. Today I am joined by Delta0G, author of Heroes of the Past. Greetings, delta. Mind giving the audience a brief introduction?

A: Hey there. I’ve been with Creative Novels for almost a year now. I graduated last year with a mathematics degree which means I’m pretty interested in the subject, mostly why certain mathematical concepts work (despite my less than stellar record with proofs) and their applications.

Q: A maths student that’s also a writer? How does that work?

A: Well, it started out as a hobby when I was taking a break from math homework during my university days or when I had some free time on the weekends. I got quite invested in the story after sharing the initial draft with a few of my friends. Mathematics has quite a few parallels with writing. Math often relies on recognizing patterns, applying prior knowledge to discover new results, and discovering alternate ways of viewing problems for solutions. To me, writing undergoes a similar process. Characters and the overall flow of the story are gradually built up, sometimes harking back to older information presented in previous chapters. For storylines, I view the story from different perspectives, figuring out how events could play out. Maybe a bit of a stretch, but a little insight into my writing style.

Q: I see. Well, most here are for the novel itself. What is HotP about?

A: Heroes of the Past starts with Tomo Yuki, a first-year university student, who gets dragged along to an old university building by her friend. Once inside, they encounter some supernatural events and discover a note promising them “a path to heroism”. From there, she gets involved with a group of people previously known to have stopped a large threat. However, these so-called “heroes” aren’t exactly what she envisions, and this starts her journey learning more about their motivations while fighting against this threat that has returned.

Q: Now what’s unique to your novel is that you got concept art to go with the story. Is this correct?

A: Yeah, for now, it’s just character portraits. Huge shout-out to my friend, Kyle, for doing this for me. He’s also the one who designed the cover. There’s a little inside joke between us where I asked him to do some initial sketches all the way back when we were sophomores in college and he didn’t get it done until after we graduated.

Here’s what the initial two characters introduced in the first chapter look like: 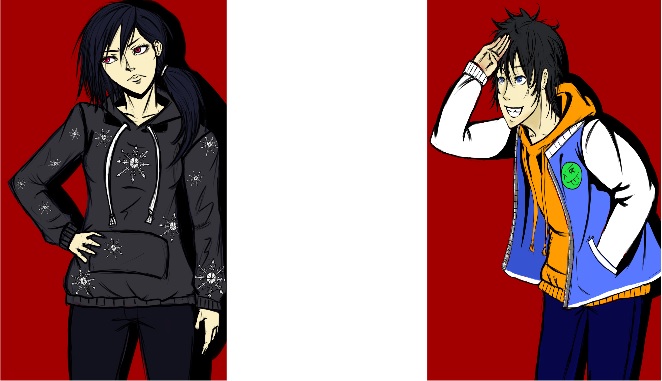 You can find more at:

Hopefully in the future, if Kyle’s up to it, he can get some scenery and other types of art too (it’s not like I’m asking you to suggest that or anything). Most importantly, leave comments about the character art for him, since he does want to know what he can improve on and make things even better!

Q: How difficult is it to do what essentially is a slice-of-life story? Were there any particular troubles you had to face?

A: It’s tough because it can get mundane, getting trapped in what seems like a repeating cycle. For me, I try to offset this by including interesting or humorous conversations between various characters. Previously an avid visual novel reader, dialogue is important to me. The information it contains as well as the delivery is an important structure. It’s key to me that I have this slice-of-life element because as I mentioned previously, that’s what builds these characters. There’s certainly action within the story although you’ll have to read further in before encountering it. This balance of not having enough action to possibly keep someone engaged versus building up characters through everyday interactions has caused me to rewrite several scenes in the story. In the end, I hope that doesn’t discourage readers though because to me, pay offs occur later in the story because you know the character’s motivation and their connection to what happened.

Q: What was your key motivation in becoming an author?

A: When I was a kid, I loved making up stories with the toys I played with. This naturally led to writing stories, often inspired by books or television shows. I completed a two-hundred-page story for my high school senior project which gave me the foundations and experience for my current story. There are little references made to that story in HotP which is just a little something I enjoy. You can find what’s considered the first arc of that story on the same site as the art, but be warned, it’s not edited.

Q: Given all this, then you must have some good advice for aspiring authors, right?

A: Just keep writing. Seems like something everyone says, but it’s true. It’s okay to abandon a project and return to it later. That time away may have given you fresh ideas about what to change or even completely rehaul. Don’t be afraid to completely scrap something either. I’ve done that with several scenes, rewriting everything just because it didn’t fit.

Q: That’s very helpful, I’m sure. However, one thing that, I believe, will always be a struggle to come up with is a pen name. What’s the origin of yours? And how do you think others should come to figure out theirs?

A: Surprise, surprise, there’s a mathematical origin involved. Delta often denotes change (as seen in the rise-over-run slope formula). Alpha and beta are used, so I thought, why not delta? 0G is a play on OG with a little twist since it’s a zero instead of an O, another little reference to my math background. As for the G, that’s just from my name, Jie. The pronunciation of it ends up being close to the actual letter. For pen names, I think it’s important to come up with something that relates to you even if it ends up being silly. I guess you can also think of it as something that will attract people, but that’s not my style.

Q: Since we’re almost out of time, tell us a joke.

A: A little math joke then. How do you go down a degree? You take the derivative (well, not exactly true since it only works for polynomials that aren’t constants).

Thank you Delta0G for your time! I have linked the novel at the top of this interview, so go check Heroes of the Past out!