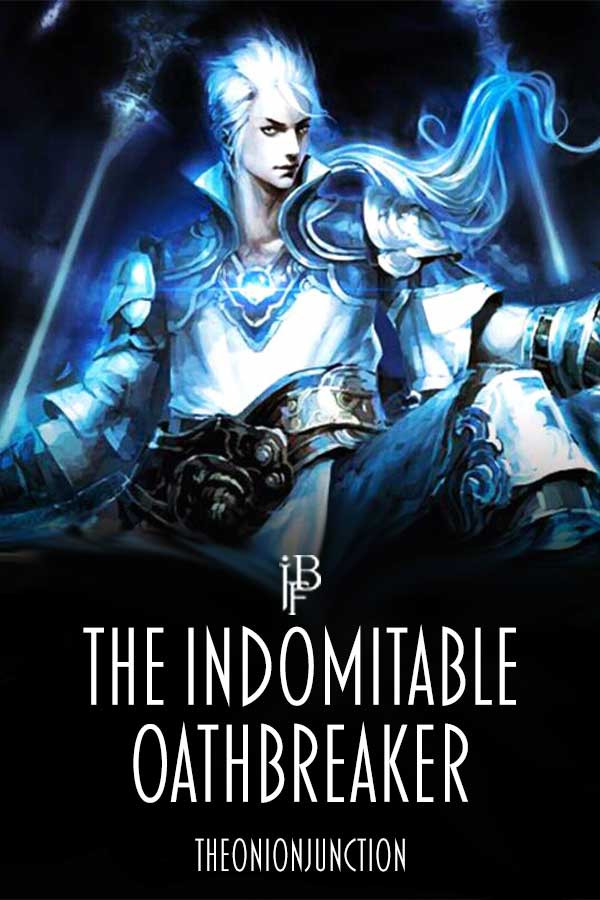 Being the awesome chef that I am, I happened to get the privilege of dicing up TheOnionJunktion. What makes this so special is that, instead of making you cry, this onion tells you the future. So, when I diced it, I scattered the pieces and watched as they landed, making a message on my kitchen sink. Here is what it said:

“TheOnionJunktion will be doing an interview for his current novel, Solitary Sword Sovereign, and his newest novel, Indomitable Oathbreaker, now released only on CrN. PS. I predict the link will be this: https://creativenovels.com/news/theonionjunktioninterview/ ”

What a weird prophecy, right everyone?

Our Secretary of Social Media, George Bakerson, interviews TheOnionJunktion, who will be releasing his upcoming novel, Indomitable Oathbreaker, alongside his current novel, Solitary Sword Sovereign.

Q: Morning everyone! Thanks for joining me this week’s interview. Our guest today is TheOnionJunktion, a.k.a Onion. Like always, why don’t you introduce yourself to the audience, Onion?

A: I’m a dude who likes anime, novels and sports in a nutshell. Football especially. I mean the real football where you actually use your legs haha. I like to exercise before writing, keeps me fresh.

Q: Ooo. Don’t really get many people into football (yes, football. Not soccer). Which team do you support? And since I’m already dissecting your hobbies, any particular anime or game recommendations?

A: I support the one and only Liverpool, the greatest team of all time! As for anime, I recommend one piece and steins gate definitely. For games, FIFA is mandatory for any person who dares call themselves a gamer in my presence hmph!

Q: I’ll make a note of them. How about telling us the origin of your pen name while I do so.

A: I was looking at the famous Chinese author I Eat Tomatoes when I suddenly thought ‘tomatoes—-> onions?’ then I put the word junction because I was parked near a junction by the road. Junction changed to junktion because I was using my phone and typing with one thumb, c was just too far away so I used k and ran with it lol.

Q: OK, done. Let’s continue with the interview. You’re here because of your upcoming novel, Indomitable Oathbreaker. However, before we get onto that, let’s talk about your first novel, Solitary Sword Sovereign, which is a post-apocalyptic fantasy litrpg, but what is it really about?

A: Its a mixture of four essential elements. A world run by a gaming run system, a world with a xianxia/xuanhuan martial arts theme, a world where the earth is rebuilding itself after a catastrophe, and a world where the MC dreamed of the changes that occur to happen in his fantasies but never hoped for it to actually happen. What would you do if you a placed in a world that was your fantasy, but it came at the cost of the rest of the world? What would u do if you were given your very own pick of abilities? What would you do if the world ended before Oda finished one piece? (oh the agony)

Q: There is another interesting thing about your franchise and that is you plan on making it a multiverse sort of series. How is that going to work?

A: Ah yes my favourite part. Now my book is a xianxia, which means there will be other worlds/dimensions involved. My other books all occur within these other worlds, and soon all these books will culminate in an epic series that involves immortals, interdimensional war, love, insanity, some random dudes who only show up for a few chapters, and a lot of other goodies. All my books are interlinked and there is no specific reading order. So one can read as they please!

Q: That means there’s a sequel on the cards, which I mentioned earlier, Indomitable Oathbreaker. When is that going to be released? Is it going to be similar in name to SSS?

A: It will be different to SSS in that it will be more of a high fantasy than litrpg, also the main character will also be a completely different type of person. Each of my books has an MC of every variety. SSS has a cool calm headed dude obsessed with grinding his skills, whereas the new book will be about a stubborn coward who tries to avoid fighting but always gets mixed up in crazy situations.

Also, it’s not a sequel. SSS and IO will share the same multiverse but that doesn’t mean one necessarily follows or precedes another.

Q: Ah, my bad then. Want to tease a bit of what Indomitable Oathbreaker will be about?

A: Think hammers, think nobility getting their pride crushed, think trauma, think war, think of a dude with no sense of shame.

Q: Cool. Well, all of this must have taken quite the effort. Have you faced any hardships along the way?

A: Quite a bit, it took me a long time to write these because I needed inspiration, resulting in many hiatuses but that is thankfully now a thing of the past.

Q: Any quirks or habits your picked up along the way?

A: I now have a habit of working out before I write. I also need to listen to a select playlist to bring about the right mood for what I want to write. Eg if I listen to jazz while writing an intense brutal fight scene I won’t be able to write squat.

Q: Before we finish, do you have any tips for aspiring authors?

A: Just write, just post. Don’t worry about whether or not you will fail or succeed, just do it. Let the numbers do the talking. Also don’t plan too much, try to be more spontaneous and write on the fly, it will help.

A: An onion was crying in a bar when a carrot walked in and said, “Brother, why the sadness?” And the onion goes, “I’m not sad you retard! I just ran out of deodorant! Take a whiff” “A few moments later a tomato walks in and sees a carrot an onion crying together and says “Brothers, why the sadness?”….

That’s it for the interview. Thank you for joining me and I hope your future releases are successful!