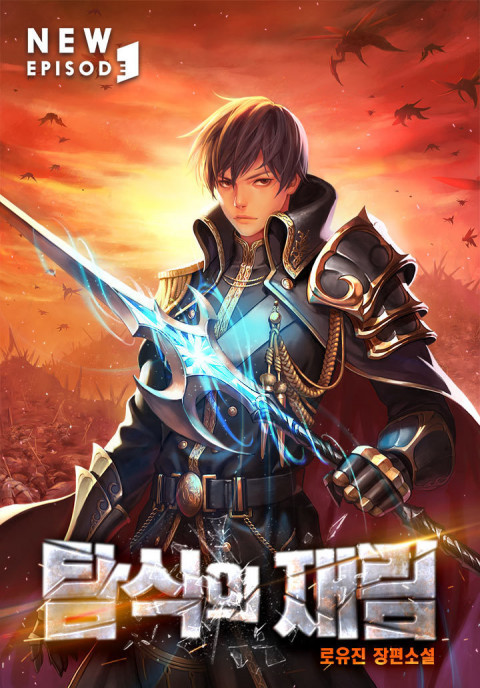 In this unforgiving wasteland of stories, I found myself lost. There were too many to choose from, yet I couldn’t muster the strength to pick one. But that all changed when a stranger came to me and handed me these links: [ The Second Coming of Avarice] [A_Passing_Wanderer interview]

“What are these?” I asked the stranger.

“The first will lead you to a story, lost in ancient times. The other tells you about the man who translated it,” he said.

“I am a nameless lone wanderer, a mere explorer. I am just A_Passing_Wanderer”

And that’s how I came across The Second Coming of Avarice, a new translation found on CrN. True story. Now I pass it onto you, everyone, to read to your heart’s content.

Q: Welcome everybody for another interview! Today I am joined by A_Passing_Wanderer, a.k.a APW, who is a very talented person, being both an original author and a translator! But more on that later. I’ll let APW introduce himself first.

A: Hi, y’all. I’m A_Passing_Wanderer and I’m here to extol the virtues of all things heavy. Heavy music, that is. Also, Korean novels. And my novels. Check them out. They are pretty cool.

Although…. Having said that, I really ought to get around to finishing up my OG novels before I die of old age….

Oh, you wanna know about my hobbies? Well, it’s a pretty standard fare, actually. Music, as mentioned before; watching movies, playing games (used to…. Until my console kicked the bucket…) and reading webnovels. See? As standard as you can get.

Funny thing is, though – I live right at the Southern end of the continent called Africa, and musical taste here, as well as cinematic one, are at odds with mine. Good thing there’s this little thing called Internet. Thank you, Netflix, and thank you, various streaming services! Yeah!

Also, I have a big soft spot for the ‘Architects’, a Brit metalcore band that sounds just incredible. And how can I forget ‘Any Given Day’? A German metalcore quartet with an incredible catalogue of wonderfully melodic songs. Oh, and ‘Within Temptation’, too. Probably the Netherlands’ best export to date.

And then, there’s my lifelong obsession with one and only ‘Trivium’. When you see my profile pic in either Discord or on Novel Updates, the creepy white mask you see there is actually an Oni mask straight off Trivium’s Silence in the Snow album cover.

Special mention should go to ‘Alter Bridge’, as well. Amazing, amazing band, that.

Q: Not many fans of that genre, especially as diverse a selection as yours, but moving onto what brings you here: the stories. You’ve got a whole list of novels on your resume. Listing them out, you got your originals ‘Red Souls’ and ‘Aeterna Saga’, and your translations, ‘The Returner’ and ‘A Monster Who Levels Up’, all found on CrN. Do you feel any different when writing compared to when you’re translating?

A: Absolutely. When I’m writing my own stories, the characters and the battles they have to go through are at my mercy. I am at full control of their fate. I am their lord, their saviour, and their executioner.

But, when I’m translating a novel, I’m reminded constantly of the fact that there’s nothing I can do to alter the fates of these characters, no matter how aggravating a plot point can become.

It’s a strange and vexing feeling, yet I enjoy it. I’m along for the ride, rather than being the bus driver, so to speak.

Q: Do you have any tips for aspiring authors or translators?

A: Tips? Not much, actually – other than committing your ideas to paper (or to your computer) before you lose the drive, the urge, the passion, for whatever story you’ve been cooking up.

If you’re a translator, then well, I’ve learned that the culture difference can be a real… female dog, sometimes. And never, ever trust an MTL – especially Korean translations. I’ve seen some rather famous TLers cocking it up pretty horrendously by relying on MTL only. Nothing beats the old fashioned hard work. Oh, and if you don’t get something during TLing, then it doesn’t hurt to ask around. I do.

Q: Of course, this stems from your years of experience as both an author and translator. Were there any difficulties you had to face along the way?

A: The lack of free time really gets me, besides the countless obscure references and word plays Korean authors like to employ in their novels. But I’m learning. Constantly.

Q: Wow. And to think you’re planning on releasing yet another translation. Like you half-jokingly pointed out, how on Earth do find the time to do all of this?

Q: The translation I mentioned is called ‘The Second Coming of Avarice’. What’s it about?

A: It’s about a gambling addict who is given a second chance, and finds himself on a fantastic and often dark journey. It’s got everything a modern Korean genre novel has to offer – fusion of modern world and fantasy, monsters, a game-like stat system, an obscure but rather OP starting power, the eventual pursuit of greed…

Q: Did anything in particular catch your attention enough to want to translate it?

A: Sure. It’s great. It’s intense, it’s emotional, and most importantly, I found the personal journey the main character goes through very compelling.

Q: Then I’m sure the readers can’t wait to dig into the story. Before we leave, mind telling us the origin of your pen name?

A: It’s a reference to Fallout 3, one of my all time favourite games, alongside Gran Turismo and Devil May Cry.

A: Knock, knock. Who’s there? Your mama.

Can’t believe I actually laughed…anyway that’s it for the interview! Thanks again for joining me and I hope your upcoming release is a great success!