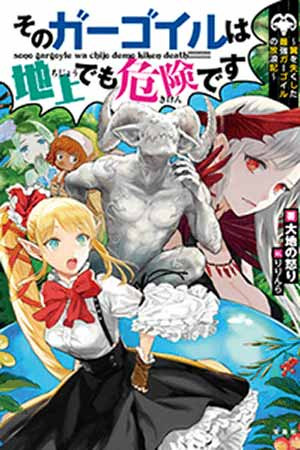 Where am I? was the first thought that came into his head as he woke up on a meadow in the middle of nowhere. Then a screen popped up in front of him.

Confused by the status screen at first, the man then realised he had died in his past life and what he was before. But the quest and job intrigued him. Unsure what to do next, he decided to follow the quest and see where it took him. As for his name? Well, this was the beginning of the man who soon became known as the Reincarnated Translator.

Social Media Member, George Bakerson, interviews our latest translator, Reincarnated Translator who is picking up a translation that was on hiatus before. I wonder if some of the veterans recognise this novel?

Q: After a string of authors, both new and old, this time I am joined by our latest translator, Reincarnated Translator. Welcome! Mind introducing yourself to the audience?

A: Hi, I’m A Reincarnated Translator. If I had to say something about myself it’s that I’m a quiet guy, I’m not one of those who talks a lot, so do not expect long or witty comments. I always go straight to the point. I have nothing more to say, only that I’m glad to be here and I hope to complete the novel that I’m translating.

Q: Judging by your name, are you a fan of RE: novels or is there another meaning behind the name?

A: The truth that I always loved the idea of reincarnation, since years before they became popular. So yes, I adore those stories, although of course, they must have a minimum of quality. That’s where my nickname comes from.

Q: You really like reading, don’t you? Do you have any particular recommendations?

A: Overlord, if you’re still not reading it, what are you waiting for!

Q: Very good.I’m sure the audience will have a look at it. Now, you’ve joined CrN with your translation of the fantasy adventure novel ‘The Strongest Wingless Gargoyle’. What’s it about?

A: The truth is that I don’t know much, I’m reading it together with you all as I translate it. But something that I do know, is that it’s very interesting. From what I read, it will be about the hilarious adventures of a highly powerful gargoyle that lost its wings and now it’s forced to roam on the ground.

Q: Was there anything in particular that made you decide to choose this novel in particular? The story? The author’s style? Or was it something else completely?

A: What convinced me, were the chapters already translated on the site. The protagonist is not naive and already starts being one of the strongest.

Q: So it was CrN’s previous translation that hooked you in then. Glad to know. How hard is to be a translator? Any difficulties that you had to face?

A: The truth is that it is difficult, and if I had to say the reason, it’s that my native language is not English or Japanese, so finding equivalent words that can be used in my English translation is very complicated.

Q: But you still enjoy doing it. Have you picked up any quirk or habit as a result?

A: Yeah, I have. Before I had the habit of inventing words that I didn’t understand or that didn’t make sense. Now I look for them and, until I find a reasonable meaning, I don’t continue with the translation. That makes me fall behind a lot with translations. But one thing that I gained, is to persevere.

Q: All these meshes together into the person you are today. Any tips for aspiring translators?

A: Yes, never give up, and if you spent half of your life watching anime, then you’re halfway in, now you just need to learn to read Japanese.

Q: …Why do half of the interviewees do this?

Anyway, that’s it for the interview. Thanks again for joining me and I hope your novel is a great success!