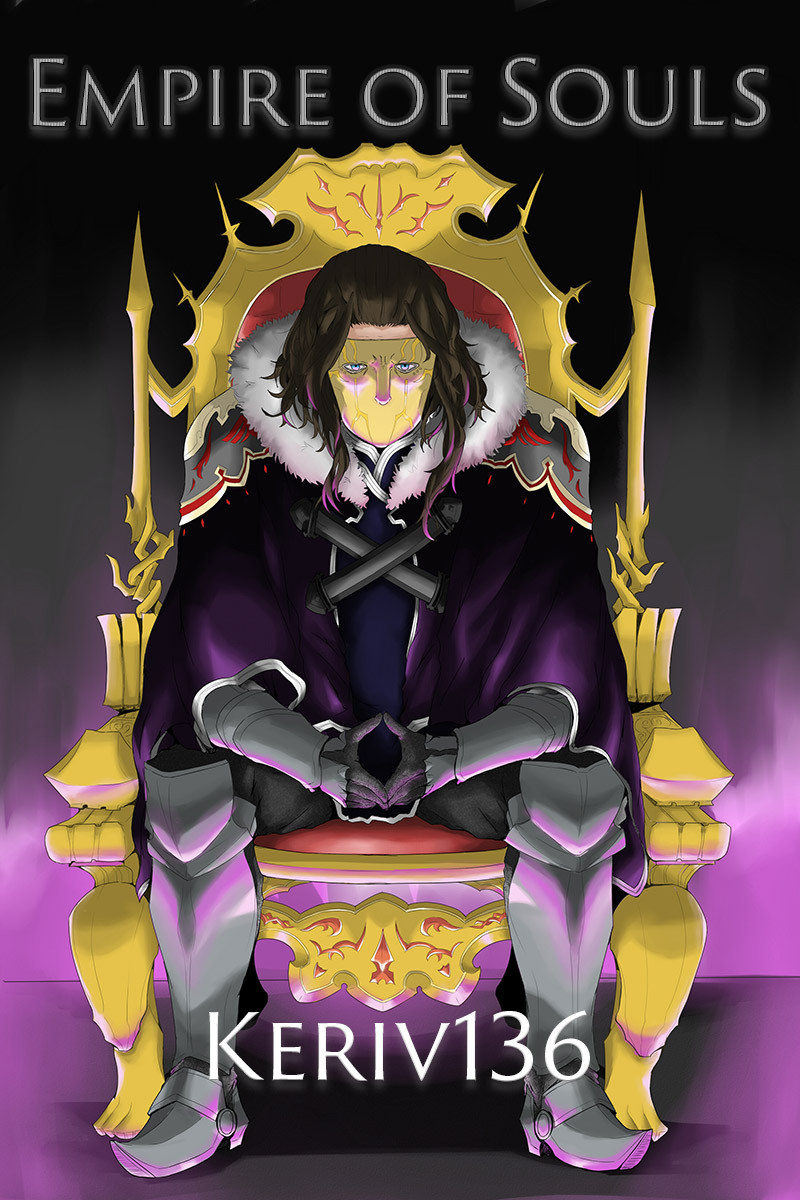 Q: Good morning all and welcome to another interview. Today I am joined by our latest author, Keriv. Welcome Keriv! Please introduce yourself to the audience.

A: Hello, I am Keriv. I am a teacher, a family man, and an aspiring author.

Q: I guess we should start with your novel first of all, so can you give us a name?

A: My novel is titled “Empire of Souls.” Initially, when I first started writing the novel I had named it “The particulars of a Soul Eater.” Unfortunately, the name didn’t receive much attention and people didn’t really associate the name of the story well with the story itself.

A: Empire of Souls is a fantasy fiction novel about a complicated and somewhat insane genius whose life is just torn apart and turned on its head. He comes from a scientifically advanced world which is destroyed and then he ends up being placed into a fantasy type world with magic and most importantly, gods. Gods were not something that the MC necessarily believed in, but it was also something he was searching for or hoping to find proof of. The reason being, he lived in a world which was wracked by war and grief and lived a mostly empty life of despair. To him, “God” was something he both despised and perhaps longed for. Of course, once the truth is revealed to him and his world is destroyed, he sets out on a path of revenge against the gods that destroyed his world. This is mostly the backstory which is revealed in bits and pieces. Simply put, this is a revenge story set in a fantasy world filled with magic, a diversity of fantasy type races, a system which isn’t in your face, and all-powerful gods vying for supremacy.

Also, I would just like to mention that the novel has a slow start which may come off as confusing or unclear. These issues are absolutely alleviated the more you read and I think if you can make it past the first twenty chapters of the novel, not only will everything become much clearer, but I think you will agree that the earlier chapters you read were necessary.

Q: Now from what I understand, there are a lot of theological, philosophical and historical influences in your work. Mind elaborating on them?

A: Absolutely. As a history teacher myself with something of a background in philosophy and theology, I tried to incorporate those elements into the story. I used a variety of sources both mythological and theological. The novel also explores the Human psyche quite a bit and issues of morality. None of these things are intended to be thrown at the reader though. They play an important role but remain in the background of the story. One can enjoy the novel for its elements of fantasy, adventure, and interesting plot while also appreciating the little bits and pieces inspired from a variety of philosophical/theological traditions. The story is influenced by Judeo-Christian beliefs, Zoroastrianism, Greek mythology, Sumerian mythology, etc. as well as fictional sources like D&D/Forgotten Realms. It really is a good mix of things to make an interesting story and there is an overarching plot which really hits on the themes of many of these sources.

Q: And so we talk about morality quite a bit, right?

A: I think that morality is an important part of the novel. I don’t think the main character, Aleksandros, can be placed into a set role. I mean, some will see Aleksandros as a clear black and white character, because he does commit atrocities on a vastly large scale. So, it is understandable that someone might just say he is an outright villain. However, I don’t really see him as such. I see him as a soul who has been tormented both spiritually and mentally. The things done to him, and the things he has experienced and seen, are not things any average person could hope to face and retain their sanity. Even if just talking about the original life he lived, and by the way, this is a reincarnation story, he lived a complicated life. He lost his parents at a young age due to religious extremism and he became a ward of the state very young. He was then treated not much better than an object to be used by the world government because of his genius. Although he had prestige and wealth because of his genius, he was also very much alone except for the single person in his life that he could trust but never become close with. This really formed his personality and with the many other things he experienced, I don’t think it is hard to see why he does what he does. Also, the revenge he seeks is something which is understandable even if we ourselves feel that his actions are extreme. One should also consider the fact that, to Aleksandros, the world he is reincarnated into is nothing more than a soul farm to feed the powerful gods and he is basically at war with some of them.

Q: Very good. Now let’s move on from the novel a bit and talk a bit more about you. Have you faced any troubles when writing?

A: Yes, I have been writing for a couple of years now and I originally started with a different novel which I am still working on too. I learned so much while writing that over a period of two years and so by the time I started writing Empire, I was a completely different writer. I still run into trouble though. Writing dialogue, remembering to include important details, trying to figure out what people will nitpick in my novel so that I can get ahead of it, etc. I have the most difficulty with dialogue. It is hard to get it right so that it doesn’t sound silly or a mismatch for the character’s personality and actions. It also has to kind of relate to the readers which can be difficult to get right.

A: All I can say is, keep writing. The biggest thing for me was just that. I wrote, and wrote and kept writing while listening to feedback and trying out new methods of writing. I have always had a talent for writing, but I had never written novels. I started with poetry when I was young and always had trouble writing long stories. I stuck with it though because of my love of fictions and the hope of writing something great. It can be very difficult and I sometimes can’t write even when I know I should, but the time I have spent on writing has never been wasted. You have to believe in your own ability, be willing to accept constructive criticism and just have a bit of humility to get past the embarrassing or disappointing moments.

Q: And have you developed a quirk or habit when you write? If so, what is it?

A: I like to listen to music when I am writing. If I am not listening to music, then I have to be in the mood to write. It is a feeling that hits me and when I don’t get this feeling I find it difficult to write. Music can sometimes put me in that mood.

Q: We’re almost at the end of the interview. But first of all, what is the origin of your pen name?

A: It isn’t really anything special, it is just a combination of my first and last name.

A: Alright, I will give this a try! Queue bad joke!

Why don’t junkies like a good male protagonist in a story?

Because they prefer heroine.

That was a horrible joke but I still loved it haha. But anyway, that’s it for the interview. Thank you for joining me and I hope your novel is a great success!