When the Empress Dowager sees this, she asks them, “What is wrong, Foreign King and Queen?  Are the meals not suitable to your taste?”

The King and Queen does not understand what the Empress Dowager had said and can only turn to Mo Qi Qi to serve as a translator.

Mo Qi Qi smiles and tells them that the Empress Dowager is inviting them to eat.

The King and Queen exchange an awkward smile.

Mo Qi Qi turns to Ban Xiang and whispers something to her.

Very quickly, two eunuchs from the Imperial Kitchen walks in while carrying knives and forks.

Mo Qi Qi simply smiles, “Your Majesty, chenqie especially prepared this for the King and Queen.”  Then, she leans in closer to him and whispers, “Their eating etiquette is different from ours.  They don’t use chopsticks, they usually use forks and knives.”

Jun Qian Che nods in understanding, “How did the Empress know all these?”

“Huh?  Hehe, chenqie heard it from the King and Queen themselves,” Mo Qi Qi lies smoothly.  After all, Jun Qian Che does not speak the language, so he cannot really ask the couple, can he?

When the knives and forks are served, the couple stands up and courteously thank Jun Qian Che and Mo Qi Qi.  They express their gratitude at the warm treatment.  They felt that the kingdom has been treating them very kindly, and that the relationship between the two countries will be even more prosperous from now on.

Mo Qi Qi picks up a delicious dish and eats it.  Her stomach suddenly feels uncomfortable and she retches a couple of times.

Jun Qian Che hands her a cup of water.

Mo Qi Qi accepts it and drinks it.  Only then does she feel a little better.

“Are you ill, Empress?” asks Jun Qian Che in worry.

Ban Xiang refuses to let this go, “Her Ladyship has been quite ill lately.  This servant wanted to invite the Imperial Physician so many times, but Her Ladyship kept saying that she was fine.”

Jun Qian Che does not ask further and diverts his eyes to the stage.

The banquet runs really smoothly.  The King and Queen are very pleased, and Jun Qian Che is satisfied by the course of things as well.

Ban Xiang approaches her in worry, “Your Ladyship, are you ill anywhere?”

“Your Ladyship, this servant think it is better if you just invite a physician over,” suggests Ban Xiang.

Mo Qi Qi suddenly stands up and glares at Ban Xiang, “Good for you to bring it up!  Who told you to tell Jun Qian Che I was ill?  There is no need for him to get involved in my business!”

“But, Your Ladyship, His Majesty is your husband.  You should tell him if you are ill, so that he can care for you,” replies Ban Xiang.

“The Emperor arrives!” an announcement comes from outside, cutting her short.

Mo Qi Qi flings herself to the bed before wailing, “Wuwuwuwu, can’t I ever get a break?  He just won’t let me off, won’t he?  It is already so late, what is he doing coming over this time of the night?  This lady has no time and energy left to bicker with him!”

Ban Xiang, on the other hand, is enthusiastic, “Your Ladyship, hurry and welcome His Majesty in!”

Mo Qi Qi sighs before tiredly standing up, “Ah, why is my life so tragic?”

Mo Qi Qi respectfully curtsies in front of him, “Chenqie greets Your Majesty.”

“You may get up,” replies Jun Qian Che calmly.

Mo Qi Qi waves at him while smiling brightly, “Hurry and sit, Your Majesty!  Ban Xiang, quick and pour His Majesty some tea.”

A middle-aged man in purple robe walks in before respectfully greeting her, “This official greets Your Ladyship.”

Mo Qi Qi looks at Jun Qian Che in confusion, “What are you doing, Your Majesty?”

“Aren’t you ill, Empress?  Let the physician check you.  An illness must be treated from the very beginning before it worsens.”  Jun Qian Che is cold-faced, but his heart is actually very considerate.  Although he did not say anything during the banquet, he actually remembered it in his heart.  He is worried about her.

Mo Qi Qi rejects that kindness, “Your Majesty, chenqie is really not ill!  There is no need to be checked!”

“If you are sick or not, we will only know once the physician checks you.  Besides, it is good to have regular check-ups,” replies Jun Qian Che firmly.

Mo Qi Qi sighs helplessly, “Fine, whatever Your Majesty says, goes.  Hurry then, Imperial Physician Wang.  Bengong is tired and want to sleep early.”  She sulkily sits in front of a table and puts out her wrist for him to check.  Other people are touched by Jun Qian Che’s consideration, but since Mo Qi Qi does not feel anything for him, she only feels disdain.  In fact, she is scolding him in her heart, for making a big deal out of nothing.

What is this is only a plot?  What if he intentionally brought this physician over to give her false diagnosis and then administers poison to her, pretending it to be medicine?  She has already set her heart to never drink anything this physician might give her.

Imperial Physician Wang respectfully approaches her and put white cloth on top of Mo Qi Qi’s wrist.  Then, he checks her pulse.

The physician is very careful with his examination, occasionally moving his hands across her wrist to get a better reading of her pulse.

Having run out of patience, Mo Qi Qi snaps, “Can you do it or not, Imperial Physician Wang?  You are taking too long and hasn’t even come up with anything!”

Even Jun Qian Che’s heart is beating fast at the moment.  He inquires worrily, “Is there something wrong with the Empress’ health?”

Imeprial Physician Wang stands up with a large smile on his face, “Congratulation, Your Majesty, Your Ladyship!  Her Ladyship is with a child!  She is two months pregnant!”

“What did you say?!” Mo Qi Qi quickly stands up and glares at the physician.  Then, her sight turns black and she does not remember anything afterwards.

“Empress—–“  Jun Qian Che is very quick to catch her.  He carries her to the bed and puts her there, allowing the physician to check why she fainted.

After checking her pulse again, he says, “Her Ladyship was too emotional, that’s why she fainted.  She is not in any apparent danger.  She will wake up soon.  However, the pregnancy is less than 3 months old, this is the most dangerous phase of a pregnancy.  Her Ladyship needs to be really careful.”

Jun Qian Che turns to the physician, “You are in charge of the Empress’ health.  Help her take good care of her health.”

“Yes, this official will immediately brew some medicine for Her Ladyship,” The physician retreats.

Ban Xiang is pleased beyond words.  She curtsies in front of Jun Qian Che, “Congratulation, Your Majesty.”

Jun Qian Che, on the other hand, remains calm, “Both of you may go, first.”

“Yes, Your Majesty,” both Ban Xiang and Eunuch Lin leaves with apparent gleeness on their faces.

Outside the palace, Ban Xiang and Eunuch Lin exchange a look while smiling.

Ban Xiang is weeping from happiness as well, “Our Empress has finally has her day!  Thank you, gods up there!”

Jun Qian Che is sitting on the bedside, looking at the unconscious Mo Qi Qi.  His heart is in a complicated spot right now.   He never thought he would have a child this quick.  This child is an accident, they are not prepared for this.

Right now, Mo Clan is getting closer and closer to his 7th Imperial Uncle.  The threat to the court is big.  The child has come at such a wrong time.

Why did you faint, Mo Qi Qi?  Is it out of happiness or sadness?  Do you want this child?

He continues sitting on the bedside while watching her, waiting for her to wake up. 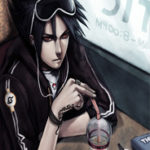 There have been so many misunderstandings between these two.Of course the empeor thinks of QiQi as a spy sent in to ruin or worse to kill him. And she feels that she is that token to control her clan. Although the 7th uncle is sincere about his feeling for the empress he puts her at great risk too. She will definitely try leaving with these dignitaries when they leave. 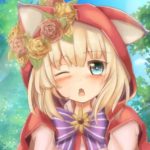 So… Did she get pregnant from when she was raped by him? Who would be happy? She just wants to go home, too scared to live in the palace… Work on the trust issues first >_>