Heroes of the Past

Ten at night. We arrived at an abandoned building near the university. The rumors were it was for secret government research. Officially, the structure was denoted as multidisciplinary. Classrooms were located on the first two floors. Undergraduates and professors utilized the space above for research purposes.

In 2001, however, it was decommissioned. Recently, the computer science department proposed taking it over for their own use. The building wasn’t anything special, resembling a typical university hall except more dilapidated. Paint peeled off the walls, the windows were stained and broken, and moss grew on the outside. I expected a locked front door but yet it opened with ease.

“I can’t believe I’m actually following you on this idiotic quest,” I said, peering into the darkness.

“I told you I would be fine by myself. This is the chance of a lifetime,” Ichizen replied.

I sighed, continuing along the dim path. My name is Tomo Yuki, currently a first year university student. The person bumbling in front of me is Michi Ichizen. I’ve known him since I was eight. He’s always seeking adventure and that was why we were sneaking around.

“You can’t just trust a message sent to your phone,” I admonished, placing my left hand on the wall, steadying myself.

The path was narrow. To my immediate right, I discerned a jagged edge. Ichizen appeared fine, walking ahead with determination.

“Yeah, it might be a little suspicious, but I’m telling you something good will happen. I looked around on some websites and this place isn’t dangerous,” he said, shining his flashlight around.

Shaking my head, I followed him until we reached an area illuminated by flickering lights. I grabbed Ichizen but he dashed far ahead of me. As much as I was annoyed with his antics, leaving him alone might make things worse. Who knows what trouble he would get into?

“This should be good enough until I catch up with him,” I muttered, using my phone’s camera light.

I glimpsed Ichizen after walking for ten minutes. He gasped at something in front of him.  I looked ahead, but saw nothing of interest.

“What do you see?” I questioned.

“These lights are fascinating!” he exclaimed, pointing at the wall.

“That was it? Look, we haven’t found anything. It’s almost been an hour,” I remarked.

“C’mon, I think we’re getting close. If we just keep going, we’ll find the thing the message talked about. You know, cool treasure,” he suggested, looking at me with pleading eyes.

“If we don’t find anything in the next thirty minutes, we’re leaving,” I declared.

As we headed deeper in, I regretted my decision. We trespassed on private property and it was getting late. Only an hour before midnight. There was still homework to do too.

“You know, I wonder what would happen if somebody found us? We are breaking in and all. Yuki, are you smooth enough to get us out of trouble?” Ichizen suddenly asked.

I said nothing, amazed he even asked that ridiculous question. I felt like smacking him in the head, but restrained myself.

“C’mon, don’t ignore me. Okay, fine, that was a bad question. Seriously, I really wonder if we could talk our way out? I suck at it,” he repeated.

We arrived at a large circular area, fifteen minutes later, with doors surrounding us. Okay, something was wrong. Maybe the rumors were true after all. Ichizen spun around, unable to contain his glee.

“Let’s get this over with,” I demanded, shining my light at the doors.

“Oh man, so many options! I wonder where each of them lead to. Should we check all of them? No, too hard. Maybe based on their color?” Ichizen exclaimed.

“Idiot! Are you crazy? Pick a damn door. If you see anything, go in,” I yelled, smacking Ichizen in the back of his head.

“Ow, that hurt, you know? Yuki, this is why all of our classmates were scared of you,” Ichizen said, rubbing his head.

I ignored his comment, storming over to the first door. I twisted the doorknob, finding it locked. We tried every door, finally reaching the last one. More than half were locked. Those that opened were bare inside, nothing except a thick layer of dust.

“Okay, this is the last one. We don’t find anything, we’re leaving. Got it, Ichizen?” I snapped, frustrated by the doors.

“Yuki, I know it. Something is definitely in here. Let’s do this!” Ichizen said.

The door, to my surprise,  swung open. Ichizen rushed in right away.

“Oh, I was right! I knew it! What did I tell you, Yuki? Something is definitely in here!” Ichizen yelled.

I saw a furnished office. In the back, there was a wooden table with a large, bronze statue on top. Ornate, expensive bookcases lined the walls on either side.

“What is this?” I muttered.

“Wow, can’t believe we found something like this. This is freakin’ awesome. Yuki, Yuki, look over there!” Ichizen pointed at a safe in the back.

I examined the coffee table contents. A dirt colored teapot, with four tea cups of matching color, sat in the middle. The lid of the teapot was slanted, steam wafting upward. Something was wrong. I glanced at the floor, seeing the carpet fading.

“Ichizen, hey, something….,” I warned, but stopped mid-sentence.

Ichizen glanced over, expecting me to finish my sentence. As he turned around, my friend came face to face with a dark slithering shadow. I glanced around the room, searching for a suitable weapon.

“Uh, Yuki, I think it wants to speak to me. Maybe it’ll tell me the combination to the safe,” Ichizen predicted.

Ichizen reached out towards the shadow, his right hand trembling. The shadow made no noise, remaining motionless. Ichizen’s hand passed through the shadow and he retracted it in awed silence.

“Nothing wrong yet,” he reported.

The shadow then dashed at Ichizen, passing through Ichizen, heading for the safe. Ichizen patted his chest and stomach, relief on his face.

For now, the shadow appeared harmless. Still, I couldn’t take any chances. I located a broom leaning against one of the bookcases. I raised the broom at an angle and swung it. It felt fragile but would suffice for now.0

“Now what? I can’t believe this,” I asked, tightening my grip on the broom handle.

“The shadow is our friend. Let’s just see what it does,” Ichizen remarked, staring at the shadow with curiosity.

The shadow paused once in front of the safe. It lacked depth, thin as a piece of paper. It stood six, seven feet tall. How could such a creature remain upright? This entire situation right now was preposterous. A bright flash then occurred. I shielded my eyes and a piece of paper replaced the shadow.

“Sweet. That was cool. Man, I knew that mysterious message would lead me somewhere good,” Ichizen said.

Might as well see how it played out, considering all the weird things we experienced already. Ichizen picked up the piece of paper, inspecting it.

“Looks like the combination to the safe. I can’t believe our luck,” he said.

“Does it work at all?” I asked, peering downward.

“I think it does… and bingo! Got it, let’s check out what’s inside!” he said with excitement.

My expectations for the safe were non-existent. Ichizen was crazy for expecting treasure. And of course, the interior disappointed.

“There’s nothing inside. This has to be the most waste of time I’ve ever experienced. It’s like seeing a damn present under the tree on Christmas and literally nothing is inside,” I commented.

I noticed the bookcases around us disappearing. The carpeted floor underneath us shattered into small glass pieces. An intense light flooded the area, forcing my eyes closed. When I opened them, everything changed.

“Wow, that was quite an adventure,” Ichizen commented, blinking rapidly.

I checked our surroundings. The office and everything around it vanished. A link fence was behind us. I glanced upward, seeing the night sky. A small spiral bound notebook lay near us. Ichizen picked it up, flipping through the pages.

“What’s it say?” I asked, peering over his shoulder.

“Uh…. it says `Whoever pursues the path which I have provided will be granted great power. You are the one who must take it. Now embark with your friend to finally obtain it. You will indeed be a hero.’ Hmm, sounds kind of suspicious,” Ichizen read.

“Now you say that?” I asked, exasperated by his imbecile behavior. Before I could say more, my phone beeped. I checked the message, not recognizing the number. Ichizen’s phone also beeped as well.

“That’s a coincidence,” he remarked. He looked at his screen and showed it to me, pointing at the message. The sender’s number matched the one I received moments ago.

“Damn, someone is messing with us,” I commented, reading the message.

The contents mirrored the notebook message. It contained a few additional details as well. At the bottom of the text, I saw an attached picture labeled “Map to Heroism”.

“Yuki, Yuki! This is it! I’ve finally found what I’ve been looking for all these years!” Ichizen said, his face beaming.

I ignored him and looked at the message again. I opened my web browser, pasting the unknown number into the search bar. I scrolled through the results, finding nothing.

“Ichizen, let’s get out of here. It looks like we’re still near the campus,” I suggested.

I saw no other way out but to climb the fence. What a hassle. Ichizen scampered upward, beating me to the top. We dropped back down on the other side. I saw the words “Construction” written on a sign. The building we originally entered wasn’t present, instead a pile of stones and construction equipment replaced it. Impossible.

”Ichizen, don’t. None of this happened. We found nothing!” I pointed at him.

For now, I would drive him back home and figure the rest out later. None of this was real. There definitely was still a building here. I was just returning home with Ichizen after a night at the arcades. 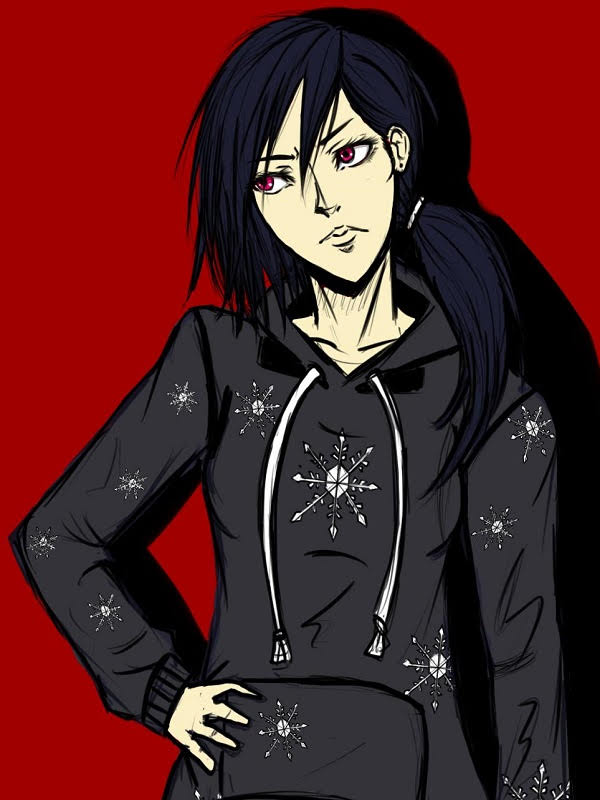 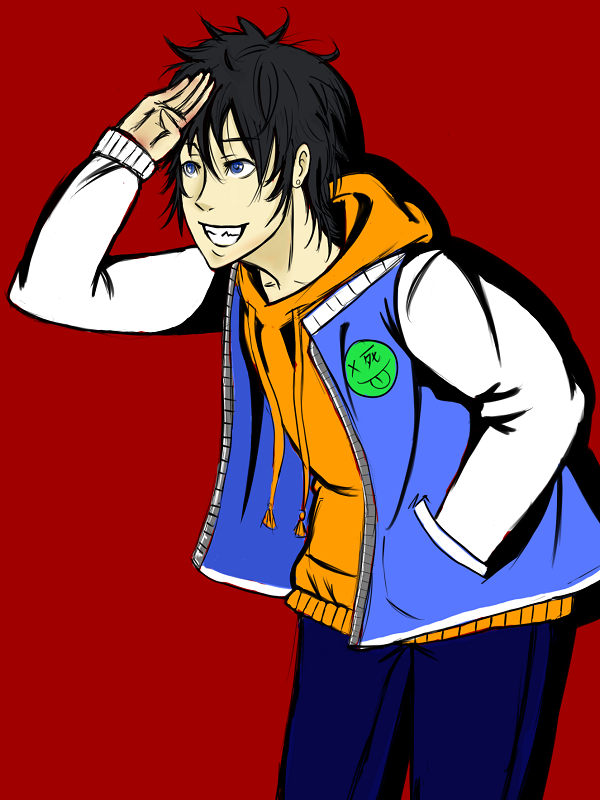 - my thoughts:
Thanks for reading the first chapter! It starts off slow, but I hope you'll stick around to see what happens. If you end up liking the story, consider checking out my Patreon.
Hope you stick around!
You may also like: