My Entire Class Was Summoned to Another World except for Me

It’s just an outburst of anger!

So the story got an actual Light novel version! AAAAAAAAAAAAAAAHHH!
Never thought something like that would actually happen.
Yato looks pretty handsome in the cover. 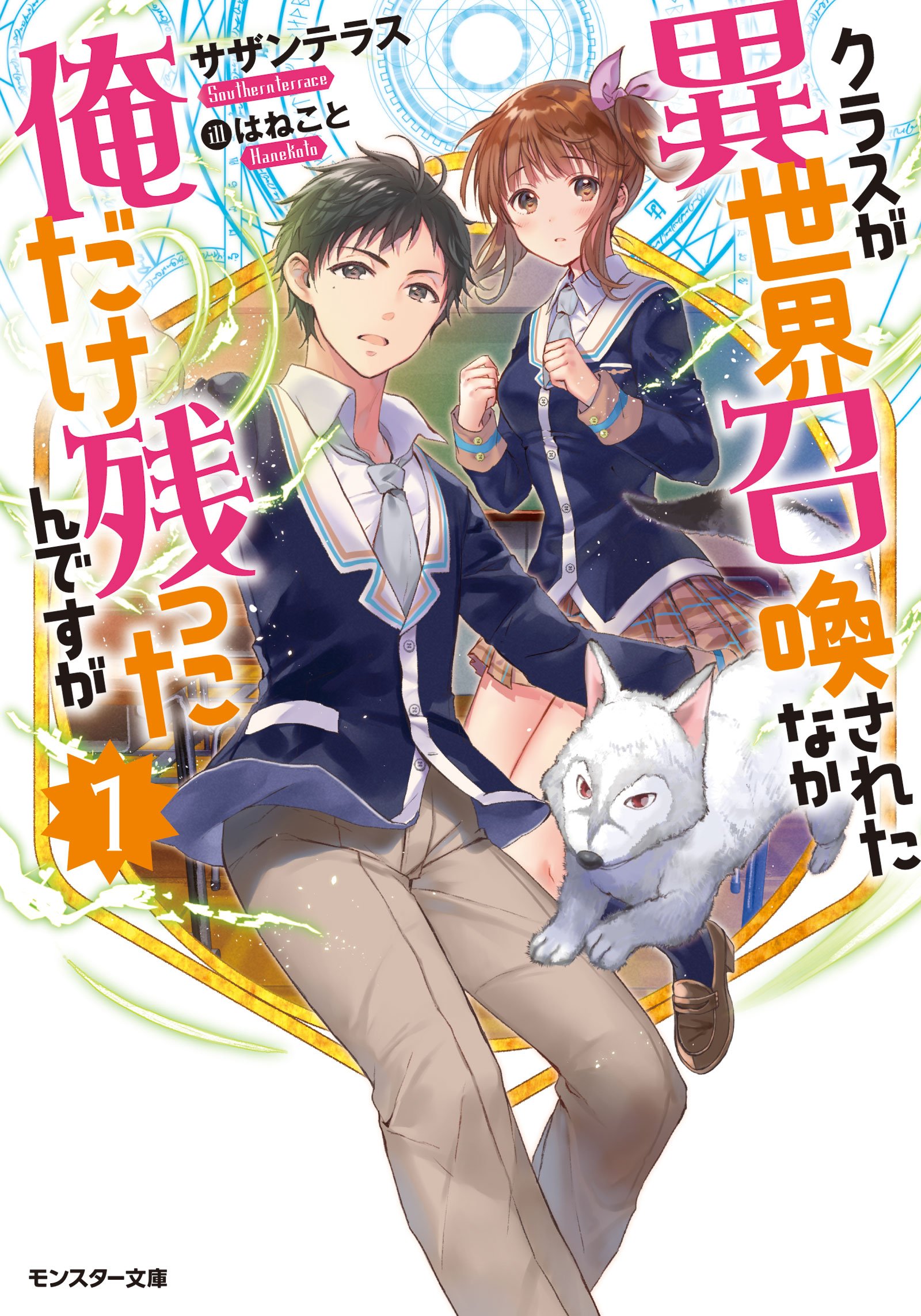 I will upload the illustrations of the novel once the book is out~
-Cheers!

The next day after I met the gloomy guy.

It was lunch break at school and for some reason, I was forced to sit on my knees in front of Lina.

“What’s the matter? I sat down on my knees because you told me so, but did I do something?”

The ground was covered with the sunlight, so it wasn’t that hot, but kneeling down on a concrete ground is pretty hard.

Rather, seriously, why do I have to sit on the ground?

Asking Lina for the reason, she sat on the bench, crossed her legs, and looked down at me.

“I see, so you’re telling me that you don’t remember what you did. Place your hand on your chest and try to remember.”

Following her order, I crossed my arms and contemplated.

As a side note, Kamaishi went to buy drinks from the vending machine. This time she really forgot her water bottle and rushed to buy one.

It seemed as if everything was planned to lead to this current situation.

Thinking about it for a short while, I finally remembered something.

“Ah, is it because I didn’t eat some of your cookies when you brought them here at that time?”

“No! Rather, did you actually dare to do that?! No wonder why I felt that they were lacking.”

Watching Lina who was enraged by my confession, I tried thinking about a bit more. Then again, I recalled something serious and asked her, flustered.

“Don’t tell me, is it because I talked about your personality to our male classmates?”

“Then it should be because you realized I used a visual hallucination spell to make you think I’m always awake during lessons?”

Getting confused by Lina’s outburst of wrath, I hastily tried to make up the situation.

“That doesn’t change the fact that you tricked me!!”

Taken over by anger, Lina stood up from the bench.

What could the reason be then?

I really can’t remember anything else now that I confessed all of my sins.

“Then what is it? I really can’t remember.”

With my question, Lina calmed down, let out a faint sigh and sat back on the bench, crossing both her arms and legs.

“I’m talking about my skill which you erased. Because of that, I let the 【Hatred god】escape from me.”

I was bewildered for an instant after hearing the word “skill”, but then immediately remembered what she was talking about.

It’s about the wing-something skill I erased during my fight against Lina.

I just realized that something like that actually happened.

I was able to completely recall the incident we were talking about, however, there was one thing that didn’t make sense for me.

“Well, we were still enemies at that time, so it can’t be helped.”

Right when I finished my words, Lina went quiet.

Wait, did I hit the mark just now?

Noticing that something was off with her, I tried confirming something.

“Hey, don’t tell me that you made me kneel down despite knowing that fact!”

When I asked her directly, she finally spoke with a serious face.

“You should say no!”

Just why are you acknowledging you miss with that serious face?!

Didn’t this girl completely change since the out last battle?!

“I honestly wanted to strike my anger at someone after letting Germa escaped. I’m sorry about that. I also wanted to see you kneeling down, so I don’t regret anything.”

She suddenly took back her composure.

Seeing Lina feeling refreshed like that, I couldn’t bring myself to get mad and let it slip with a single sigh.

But still, it’s kinda irritating to be forced to kneel down just for the sake of receiving someone’s outburst of anger.

Not being able to accept that, I started thinking about something similar to do.

She deserves a revenge, after all.

“I’ve been hesitating to tell you this for a while now, but your panties are clearly visible from this angle.”

Lina stiffened up after hearing what I said(,) and looked down.

If she crosses her legs that way, it becomes inevitable to see her underwear(s). Such a nice view to be honest.

I decided to not say anything as a sign of sympathy towards her, but now that she did all of that to me, I had no other option left.

With her face turning bright red, Lina stopped crossing her legs and pushed down her skirt with both of her arms.

“Y-You idiot! You should have told me that before!”

“Don’t be this shy. White panties are pretty cute you know.”

Lina became even redder after I intentionally told her the color of her panties.

I looked at her bashful face and made a mischievous grin.

That’s what happened when you ridicule people.

Next time you should be more careful.

I continued to shame Lina until Kamaishi came back.

After Kamaishi came back, we spent our time talking about various topics that she could understand.

Because of what happened earlier, every time Lina looked at me, her face became full red and she turned away.

She couldn’t hold a single conversation.

Maybe I went too far.

Kamaishi seemed to notice the odd ambiance around us, but she suddenly made an unexpected suggestion.

“Both of you, are you free after school?”

Lina and I replied to Kamaishi suggestion.

“I used all the pages of my notebook and wanted you to go out with me to buy another one.”

A notebook huh.Come to think of it, mine is about to be fully used too.

I wasn’t using it in the past, but because of Lina I’ve been using it pretty often recently. I feel like I’ve been trained by Lina now. Either way, realizing that my not is about to finish too, I went with Kamaishi’s suggestion.

“I’m sorry, I’ve got something to do this evening.”

When I accepted Kamaishi’s invitation, Lina apologetically refused it.

I thought that she refused because of what happened just now, But immediately denied that possibility.

She’s probably going to look for that hatred god.

I bet she was still feeling a sense of responsibility for letting him escape despite letting out her anger on me.

Such a diligent angel.

Kamaishi felt a bit sad because Lina couldn’t go with us.

“Okay then. Let’s go together after school, Kamiya-kun.”

I nodded to Kamaishi.

And thus, we continued our lunch break talking about different topics.

“Hey, Kamiya-kun. Did something happen between you and Lina? Everytime she looked at you her face turned completely red.”

“Well, things did happen. But try asking her instead if you’re curious.”