The tremble in his voice is apparent, the only person who can incite that much fear from the emperor is only Murong Yu Jian.  Yu Jian is his only hope.

“Do not be anxious, grandfather.  I will check on him.”  Yun Qian Yu checks Yu Jian’s pulse as she calms Murong Cang.  She can already tell what poison it is upon smelling that familiar scent.

Yu Jian’s face is unnaturally flushed, covered in sweat.  Lucky the poison has been locked out of his heart.  Yun Qian Yu is really curious.  Chen Xiang and Yu Nuo came too late, so who else has this ability?

Yun Qian Yu turns to him, “He is poisoned using the same poison as grandfather.”

“What?  How can this be?” Murong Cang finds this hard to believe.  Deep down inside, he already guessed this the moment he sees Yu Jian.  Even so, he still finds it hard to accept.

The poison inside Murong Cang is chronic.  It will be hard to detect it in the beginning.  Once the poison accumulates inside his body, it will need a binding herb to start unleashing it’s potency.  That binding herb isn’t rare in particular, it is actually a really common flower, rhododendron.  Women love to use that flower as incense.  Not all kind of rhododendron are poisonous, only the yellow ones are.  It is a common knowledge so yellow rhododendron has been banned from being planted inside the palace.

Murong Cang has gotten a taste of that poison, so he knows it the best.  It is impossible for yellow rhododendron to exist inside the palace.  He suddenly thinks of something and orders his secret guards to investigate the maids serving them at tonight’s banquet, especially the one who smells like flowers.

“No need.”  Feng Ran enters the chamber with a dark face.  The Yun guards behind him carry in a woman with an apparent mark on her neck.  She has been dead for a while.  She has been the one Murong Cang suspected.

“The person is already dead.”  Feng Ran looks at Yu Jian who is lying on the bed, “According to my investigation, this woman has not come into contact with anyone suspicious these past few days.”

This means their trail is broken.  It will be very unlikely for them to get any other information.  This is the reason for Feng Ran’s sullen face.  They have been dragged by the nose again.  The feeling of being played like this is very infuriating.

Yun Qian Yu gets up and approaches the dead palace maid.  Because they have to serve everyone in the banquets, all the palace maids wears narrow sleeves.  She can smell yellow rhododendron from her right cuff.

“The martial art level must be really high to sprinkle the flower pollen on her cuff like that.”

Murong Cang slumps his body.  Is the gods not planning to leave him with even one descendant?

“Do not worry, grandfather.  Yu Jian’s poison has not accumulated.  For some reason, the perpetrator was forced to trigger his poison ahead of time.  Lucky Yu Jian was found early.  The poison is successfully locked out of his heart in time.  If he were to be discovered tomorrow, things would have been worse.”

Hearing what she said, Murong Cang realizes that this is not a life-threatening situation.  He gradually calms down.

“Who was the one who locked the poison out of his heart?” Yun Qian Yu questions the people kneeling outside.

An eleven or twelve year old boy steps forward, “Answering Your Highness, it is Mu Wei who locked the poison out of the prince’s heart.  But since Mu Wei’s ability is not high, Mu Wei can only lock it out for 15 minutes.”

Yun Qian Yu looks at him; he is one of the children from Yun Valley.

“You did really well.  15 minutes is enough.  From now on, when Yu Jian is with me, you will follow Feng Ran to study the Art of Yidu,” Yun Qian Yu praises him.  There are people who teach them medicines in the Outer Valley, but not everyone possess natural talent.  This Mu Wei is clearly outstanding and talented.

Murong Cang looks at Mu Wei with flashing eyes, everything is saved today thanks to this child.  Yun Qian Yu is really thoughtful and well-prepared.

Yun Qian Yu looks at the servants kneeling outside, “All of you may rise.”

Everybody thank her before getting up.  Then, they respectfully stand at the sideline.

“Tell me.  How did all of you deal with Yu Jian facing danger?” Yun Qian Yu asks as she receives the needle set Man Er hands her.  She uses the needle to force the poison into his dantian.

Yu Jian’s personal eunuch, Jing De steps forward, “Answering Your Highness, this servant was the first one who noticed something was off.  This servant will check the imperial grandson every midnight to see if he was covered by his quilt properly.  This servant was shocked when he realized what happened, but Mu Chen told this servant to keep his lips sealed.  He first let Mu Wei checked on the imperial grandson first before telling Mu Shan and Mu He to seal the entire palace.”

Mu Wei, Mu Chen, Mu Shan and Mu He are the people that Yu Jian chose from those children Yun Qian Yu sent him.  Yu Jian was also the one who bestowed them those names, taking away the ‘rong’ in ‘Murong’ and bestowing them with the surname ‘Mu’.  It shows just how high his hopes are for the four people.

Mu Wei is good at medicine, Mu Chen has a good brain while Mu Shan and Mu He have the highest level of martial arts out of the four.  Wei Chen Shan He!  Seems like Yu Jian has grown a lot.

(TN: Wei Chen Shan He (威震山河) = The power to shake a country.  Wei (威) = majestic.  Chen (震) = shake.  Shan (山) = Mountains.  He (河) = River.  If you google this, you will get pictures of Chinese scrolls with tiger in the middle of a mountain/river.  The tiger represents majestic beings while the mountains and river represents the country.) 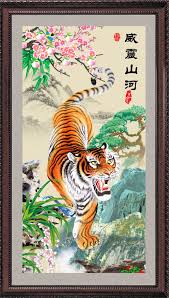 “All of you did really well today.  Once the imperial grandson wakes up, all of you will be rewarded.”

“It is this subordinate’s responsibility.” The four people reply at the same time.

Yun Qian Yu waves off all the servants inside the hall, “All of you may retreat.”

All the servants and guards who serve Yu Jian leaves, leaving only Yun Qian Yu and Murong Cang’s people.

Yun Qian Yu puts away the needle in hand, “Feng Ran, give me reinforcement.”

Feng Ran didn’t say anything when he sees Gong Sang Mo.  With a wave of his hand, the Yun guards disperse like lightning, secretly protecting Yu Jian’s resting palace.

Gong Sang Mo stops next to Yun Qian Yu.  “It is late, I was worried of you so I ordered my people to secretly send you off.  They saw the Yun guards searching for you and reported everything to me.  I knew something happened in the palace so I hurried over to take a look.”  Gong Sang Mo explains.  After all Murong Cang is here and though he trusts him, knowing that everything that happens in the palace is within his knowledge is not something an emperor will be happy about.

She tells Chen Xiang and Yu Nuo to help Yu Jian up, making him sit cross-legged as she herself sits on the same posture behind him.  She slowly channels her Zi Yu Xin Jing inside Yu Jian’s body, purifying the poison inside. She wants to use this way to see if she can save Yu Jian.  If she can, then perhaps she can save Murong Cang as well.

Murong Cang and Gong Sang Mo’s eyes are on Yu Jian’s bright red face.  Murong Cang’s heart aches so much that he wants to die.  Someone managed to poison Yu Jian under his tight care.

Once he dies, what will happen to his two descendants?

Yun Qian Yu’s concentration is in Yu Jian’s body.  She looks at the thumb-sized little ball of poison that is being refined by purple mists.  She is suddenly curious.  Since she can store poisons inside her own body and take it out on free will, can she refine other’s and also store it within her?

serene:  Chapter 48 is sponsored by Teresa!