Inside a white space wrapped in stillness exuding a sacred ambiance, a single globe map was placed on a table in the center and a child was sitting on a chair next to it.

That blond child was the culprit who sent Tenjouin and his class to another world, Metron. He leaned back on his chair and let out an exhausted sigh.

“Thank you for your hard work, Metron-sama.”

His exclusive angel, who was wearing glasses, was standing obliquely behind him casted a few words of appreciation at him. Although her voice was as cold as usual and devoid of emotions. She never showed any sign of changing no matter how long she served him. Metron felt a little discontent by her unchanging attitude and uttered in dissatisfaction.

“Hey, Rene-chan, don’t have anything else to say to your exhausted boss?”

He complained to her with a displeased face, but the angel replied without changing her cold attitude.

“If that is the case, then can you please do something about this room? I’m honestly about to lose my mind from being here.”

She even spoke to him in an insulting attitude. Her tongue got sharper than earlier without her realizing it. The angel called Rene pushed her glasses and looked around the place with an utterly irritated expression.

Not showing even the least sign of respect, Rene immediately answered to Metron’s question. The place they were inside gave the impression that it was boundless, however, oppositely to how it looked, it wasn’t very spacious. It felt wide only because all its walls and the ceiling were painted with same pure white color. Whenever she enters the room, her sense of distance starts dampening and she often bumps into the walls. Even the door she used was white, so it takes her some time to find it again.

“No, no, all the other Gods use the same room where they do their work. What’s wrong with being in a room that gives off the impression of a God being in it?”
“Metron-sama, you are the only one at this time who still uses this room. I have already investigated this matter.”

Metron tried to convince her about the relevance of the room, but once again, he got an immediate answer in return. He didn’t understand why Rene doesn’t get his playful taste in decoration. Every God gets to use a similar sized room to do their work, but they also get to rearrange it the way that suits their taste. There are also a few among them who have a weird taste just like Metron.

“Then how do you want the room to look like?”

Metron asked while pouting and Rene who go fed up with his complaints answered in sluggish voice tone.

“Just normal.”
“What do you mean by ‘just normal?’”
“At least not a room dyed completely in white.”

Listening to her frivolous definition for normal, Metron contemplated while leaning against his chair.

“Then… What about we dye it completely in black?”
“Are you okay in your head?”

Rene couldn’t see how Metron came up with that idea. It was too unexpected that she couldn’t help but hold her head that started aching. Of course, getting mad at him and screaming is never a good option. As childish as he looks, Metron is still the God she is serving. There wouldn’t be any meaning in quarreling with him about the slightest details, anyway. Letting out a sigh as she convinced herself to stay composed, Rene spoke her opinion on the room.

“At least do something about the walls, please. It’s very inconvenient to find the door every time I want to leave.”
“I will think about it.”

She had a few other remarks to make, but seeing how Metron vaguely reacted to her one of the most necessary requests, she decided to keep them for later.

“But still, I’m pretty tired today.”
“Should I bring you some tea?”
“Please do.”

Metron replied as he rubbed his shoulders. Rene made a tea desk with a tea placed on it appear out of nowhere using her skills. She ignited fire using her magic and boiled water then skillfully poured the tea in a cup.

Metron received the teacup then took a sip and let out a comfortable sigh. Rene’s handmade tea was as delicious as usual. He thought to himself as he took another sip from the cup and suddenly felt in the mood of eating something sweet with it.

Before he could finish his sentence, Rene had already placed a plate full of sweets on his table.

As expected of Rene-chan, she understands me the most. She would perfect if only she were a little gentle with me.

Metron lamented to himself and ate another sweet he picked from the plate. At the same time, he started thinking in a sad mood. Rene had never acted gently with him until now. They both spent a considerable time together which makes it even clearer that she will never act nice to him in the future. But looking at from a different side, the fact that they spent a long time together means that they don’t have a very bad chemistry.

“I’m feeling somewhat depressed recently…”
“Are you troubled by some problem?”

As asked by Rene, Metron tried thinking about what could be troubling him. What came to his mind then were many clues. The fact that the Divine God found out that he teleported a class to another world. The fact that Scala acted violently in his world. Yato’s bullying and many more other problems. Metron’s mind was in total chaos lately.

“Yeah, a little bit.”
“Then how about you talk about them to a friend?”

Rene made a suggestion. Putting aside the fact that one of his friends is a problem in itself, Metron was thinking about the same thing.

“Well, I tried talking about to someone, but…”

He hesitated on whether to finish his sentence or not as it were not really something he would say with full confidence.

“Is there something wrong?”
“Well, the situation got worse when I talked about it with a friend. Maybe I chose the wrong person to talk with…”

Unsure of what he should say, Metron spoke in a vague manner. He does have a few friends other than Scala. He tried to speak about his troubles to them, but it didn’t turn out to be a good idea. It only brought up unnecessary misunderstandings and tensed up the mood. Now that he thought about it again, he wondered why he chose that person to listen to his complaints. He casually talked with them because he met them by coincidence, but now he is regretting his carelessness.

“Anyway, nothing good came out of asking friends for advice.”
“I understand.”

Watching Metron sighing every time he recalls that topic, she guessed that it was better not to ask him about it and kept quiet. A short while later, Metron suddenly stood up from his chair while shouting that he got an idea.

Rene refused his excited suggestion with a cold voice.

“You see, I’m getting mentally exhausted lately, so I need to refresh my mind by going somewhere—”
“You still have some work upcoming in the future, so please do it without taking any breaks.”
“Isn’t it fine to take breaks somet—–”
“It’s not fine to take unreasonable breaks.”

No matter what he says, he could never convince his diligent servant. But despite knowing that well, he still insisted on taking a break.

“Only this time, no?”
“No. If you need to refresh your mind then just play those games of yours like a crazy oddball as you always do.”
“I want to go somewhere outside my house.”
“You can just watch some nature scenery on your screen instead.”

Rene was quite harsh on Metron in her words, but he got used to her treating him like this a long time ago. He pinched his tongue because she didn’t allow him to do what he wanted then took another sip from the cup of tea. That was the way he acted all the time; similar to a child getting scolded by his mom for wanting to skip school. Sometimes, he can’t tell who is the real boss. Nevertheless, he wasn’t intending to give up just from getting refused by Rene a single time.

He’s most likely planning on sneaking away. ← Rene

Sadly for him, Rene had already seen through his secret plans. She glared at him as he was revealing a mischievous grin.

I need to make my preparations first… ← Metron

I will just report him to the Divine God if he tries to escape. ← Rene

Rene made her decisions with a composed spirit while Metron was still excited to escape. He had no clue that the Divine God insisted on Rene to report him the slightest inappropriate move he does. It is an angel’s duty to guide her lord to the right path. Hence, prioritizing the orders of the Divine God is the best way to get utmost results. The result of Metron’s future actions are yet to come up, but surely they won’t turn out to be anything good.

The decoration of the room.

“Do you have a good design in mind for the room?”
“Something like a brick pattern would be fine.”
“Eeh? That’s too normal! Let’s make it more interesting.”
“I don’t see how a room design would be interesting, but fine, give me an example.”
“Hm, let’s see… I’ve thought about changing the design of the walls to look like we’re in the middle of space.”
“Have you been listening to me all this time?!”

Thanks for the new chapter! 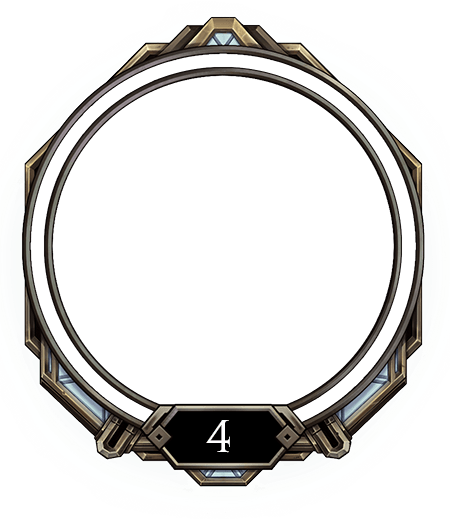